The Equalities and Human Rights Commission report on Labour antisemitism was as damning as it could have been within the terms of reference set. It was never going to demand specific disciplinary action, as that is not the responsibility of the EHRC; it was never going to denounce Jeremy Corbyn directly as an individual, but instead it talked about a failure of leadership; it had not been expected by Labour insiders to describe the party as institutionally racist, but to find new yet equally robust language, which the report did and more. The significance of Labour being found responsible for unlawful acts must not be underestimated – this is the most serious outcome that could have possibly emerged from the investigation.

Thursday was a whirlwind of Labour news. Following the report, we got reactions from across the party – including Corbyn himself. He said antisemitism was “absolutely abhorrent” and anyone who claimed it did not exist in Labour was “wrong”, but couldn’t resist adding that he believed “the scale of the problem was also dramatically overstated for political reasons”. This clashed with Keir Starmer’s speech on the report, in which he said members who believe antisemitism claims are “exaggerated, or a factional attack” are themselves “part of the problem”. He was not drawn on questions concerning disciplinary action, yet within two hours the party announced just that. I’m told Corbyn found out about his suspension from the party when a photographer showed him my tweet.

There is now party infighting (stop me if you’ve heard this one before) over who took the decision, in light of the EHRC report’s warnings about political interference by the leader’s office; and over which rule exactly has been breached, something that general secretary David Evans refused to clarify at last night’s national executive committee meeting and the party has still not disclosed. “There is no need for a civil war on this,” Starmer has insisted this morning. But this looks set to take place unless there is a deescalation. NEC members are talking about lifting the suspension in two weeks, if the governance and legal unit doesn’t get there first.

Crucially, Jewish Labour Movement chair Mike Katz says in a piece for LabourList on yesterday’s events: “that is a sideshow”. In the wake of the damning EHRC report, Labour should be talking about how the party has just been found responsible for unlawful acts and planning for how the EHRC recommendations will be implemented as soon as possible. With that in mind, it is worth reading the report itself and taking a look at these 18 key ways in which urgent change must happen. Sign up to LabourList’s morning email for everything Labour, every weekday morning. 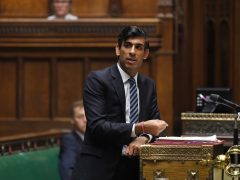