Below is the full text of Baroness Chakrabarti’s speech on the covert human intelligence sources (criminal conduct) bill delivered in the House of Lords this afternoon.

Click here to read our interview with Shami Chakrabarti about the CHIS bill.

Many things are said about your Lordships’ House and about what it is to be a patriot today of all days. I can’t imagine the purpose of either if not to defend the rule of law. It isn’t left or right, Leave or Remain. There can be no freedom, security or even democracy without it.

And one of its most fundamental principles, is that the law of the land must apply to everyone equally. If we were to introduce one law for agents of the state and another for everyone else, surely lawlessness and tyranny would not be far behind. I know that no-one in this House would wish for such an outcome.

Yet the gravest dangers to the rule of law don’t politely announce themselves. More often than not, they come undercover and with the best of intentions, not least of preserving security and even the law itself.

It is said that this bill seeks to put criminal conduct by covert human intelligence sources on a statutory footing. But in truth, and as the minister has today acknowledged, it goes a great deal further than that.

It replaces our legal status quo whereby criminal acts in the course of undercover intelligence work are nearly always and rightly forgiven, in the public interest, with a complete and advance immunity or licence or golden ticket, for a raft of agents against prosecution and civil suit, regardless of the harm caused to our people in the process.

It is important to remember that the overwhelming majority of these agents are not trained officers of our security agencies or police. They necessarily come from the community, including the criminal community. They include extremely troubled, volatile and vulnerable people, including even children. A public inquiry that has only just begun is hearing how they are capable of abuse and even of inciting rather than preventing crime, even under the present law.

We are told not to worry because those issuing these criminal conduct licences (from inside the relevant agencies themselves), must “take into account” the requirements of the Human Rights Act. I must point out that such an obligation to take these rights “into account” is weaker than the normal obligation to comply with them. Further, whilst human rights bind states and public bodies, they are no substitute for effective criminal law in both protecting and binding individual people by deterring violence and sexual violence, in particular. And there is a wealth of caselaw to this effect.

Some argue that the grave dangers in this legislation might be remedied by external or judicial authorisation of criminal conduct, or by limiting the list of agencies or types of crimes. I am far from convinced that anything other than removing the immunity from these authorisations and restoring them to the appropriate position of public interest guidance to agents, prosecutors and courts, will suffice.

In the words of former officer Neil Woods: “As a former ruthless undercover cop, I see many possibilities of this going wrong. This immunity truly changes everything. It invites criminality into a realm uniquely susceptible to it. Once we go down this route, it will be very difficult ever to return.”

I urge your Lordships to heed that stark warning. 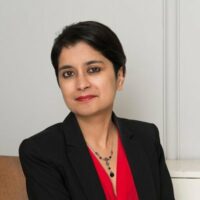 Shami Chakrabarti is a Labour peer. She was the Shadow Attorney General for England and Wales from 2016 to 2020, and director of Liberty from 2003 to 2016.