Labour stands a long way from power, with a leadership off chasing the will o’ the wisp of phony patriotism – “authentic values alignment”, in the horrible consultant-speak of the day – while the crisis in the country deepens. In the absence of real opposition, the worst government in living memory coasts along at 40% in the opinion polls. With Covid, climate change and economic calamity, the future can look bleak.

But it doesn’t have to be that way. Up and down the country, Labour is in power in many local authorities. We are going to have to fight hard to preserve this in the May local elections, with so little vision and leadership at the top and the Tories counting on a “vaccine bounce”. Unless something changes, the only tools and powers we have at our disposal are at the local level. We must use them. It’s time to make the Covid recovery a new era of municipal socialism.

This is partly where our movement began. Sidney Webb, the Fabian thinker, was among six socialists elected to the London County Council in the 1892 elections. Of the first hundred Fabian pamphlets published between 1884 and 1900, 43 were about local government. In What About The Rates?, Webb’s 1913 tract on the financial autonomy of municipalities, he argued for a socialist strategy for local government. “We, as socialists, much cherish local government,” he wrote, “and aim always at its expansion, not its contraction.”

Municipal socialism was a deliberate process of shifting ownership and power whilst raising local living standards – something we in the Labour Party could learn from again, as we struggle with the need to balance long-term economic change with delivering immediate real benefits for ordinary people. Municipal socialism was a means of using local political and economic success to build further success, expanding socialist strategy both horizontally, to other municipalities and sectors, and vertically, to larger enterprises and services, and higher levels of government. It both blazed the trail and laid the pathway for national-level economic and political change.

Today we are back in a situation akin to that of the municipal socialists. Like theirs, our methods – public ownership, local control, self-help and mutual aid – are those required to chart a path through the pandemic and economic crisis and to confront the looming climate emergency. We must harness the available powers of local government to rebuild our shattered economies and our communities. Local government should be our most democratic and accountable level of government – and it can be again, if we work to take it back.

This will not be easy. To begin with, local government powers have been eviscerated by 40 years of neoliberal rule and available resources slashed through central government cuts to council budgets. And the Labour Party itself is too often full of know-nothings and naysayers at the local level, people who claim that nothing can be done and are all too quick to fall into line delivering Tory austerity.

But difficulty is not the same as impossibility. We can see this in the innovative approaches being taken by an emerging generation of visionary political leaders at the local level in Labour councils and local authorities up and down the country. These include Jamie Driscoll in North of Tyne, Jan Williamson in Wirral, Paul Dennett in Salford, Joe Cullinane in North Ayrshire, and – last but not least – Matthew Brown in Preston, and many more.

These leaders are all pursuing innovative strategies – municipal ownership, mutual aid, community organising, community wealth building, participatory budgeting, local Green New Deals – to improve their local economies and communities and the lives of their residents. They show what can be done even under constrained conditions and during a pandemic and economic crisis. There is no reason why we can’t build on these examples to create a new era of municipal socialism from the bottom up – no reason except political will and the need to organise to build political power.

Nobody is coming to save us. But we don’t need to wait for help from outside. Instead, we can get to work ourselves, building the local economies we want and need, starting from our base in local government. At a time when national politics is failing us, we should return to our roots and re-hoist the banner of municipal socialism in Britain. 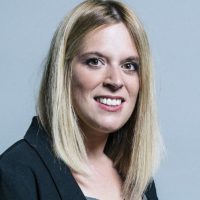