The government has received up to 40 bids for ‘free port’ status from across the UK, including several from Labour authorities. The ten successful bidders will be offered a mix of deregulation, cuts to tariffs, land and business taxes and employee National Insurance by the Chancellor Rishi Sunak. After a decade of unprecedented budget cuts, local Labour leaders may feel tempted by the promise that jobs and investment will follow these tax breaks. But they should be cautious. Free port status is a Faustian pact, signing away sustainable local development for a reheated Thatcherite race to the bottom.

The Chancellor’s promise that free ports will deliver 86,000 new jobs doesn’t withstand scrutiny. There is little evidence that similar areas in other countries have created new activity. The Organisation for Economic Co-operation and Development believes most jobs are simply relocated from other places, as businesses move to benefit from the tax cut. The reduced employer responsibilities are also of concern; the TUC has labelled free ports a “Trojan horse” that could water down workers’ rights.

The projected costs of tax cuts in Teeside alone could be £400m over 25 years, but the UK Trade Policy Observatory believes the economic benefits to the UK will be “negligible at best“. Perhaps that’s why David Cameron scrapped eight free ports in the UK back in 2012, replacing them with ‘enterprise zones’. Even the zones delivered only a quarter of the promised jobs and, according to the Centre for Cities, these were overwhelmingly low-skilled and poorly paid.

The dubious benefits come with high risks that ‘sleaze ports’ will become entangled with money laundering and criminality. The OECD found “clear evidence that free ports are being used by criminals to traffic fake goods”. The EU parliament’s study of a similar model in Luxembourg found it to be “high risk in relation to money laundering”. RUSI has called on the UK government to “assess existing criminal risks in the geographical locations where free ports will be established”.

The core justification for introducing low tax zones is weak. There’s limited evidence that tax levels are holding back economic growth. At 19%, the UK corporate tax rate is one of the lowest in the developed world. The Treasury recently conceded that the last decade of business tax cuts has done little to stimulate inward investment. Meanwhile, the free port model risks spilling into the rest of the economy, stoking competition from other areas for similar tax cut treatment. This is not a path to the healthy and inclusive economy that Labour politicians should wish to see.

Bridget Phillipson, the Shadow Chief Secretary to the Treasury, has rightly written that free ports are no “silver bullet” for the economy. But Labour should go further: at both a local and national level, leaders should refuse to introduce mini tax-havens on their doorsteps.

There are alternatives. The government should keep its promises to develop an industrial strategy, invest in infrastructure and support a green transition. The sums spent in tax cuts could be repurposed as direct capital investment in port infrastructure. The government-funded ORE Catapult Centre believes that ports are essential building blocks for the expansion of offshore wind. Additional investment would develop stronger domestic supply chains for clean energy, driving our ambitions for net-zero carbon and creating skilled, green jobs locally.

Free ports offer the promise of a buccaneering post-Brexit Britain, trading its way to prosperity. But in reality they are glorified business parks, offering bad jobs and undermining our tax system. Believing in the false promises of free ports will leave us all worse off. 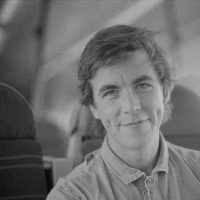 Tom Peters is head of advocacy at Tax Justice UK and former adviser to the Shadow Chief Secretary to the Treasury.

View all articles by Tom Peters