Labour has blamed failures of the Conservatives for leaving British taxpayers “picking up the bill” for the cost of crime, as analysis from the opposition party shows that the impact on the economy rose to £95bn in the last year.

The research revealed that the total cost of crime has risen from £59bn in 2015/16. Shadow minister for policing and the fire service Sarah Jones argued that “under the Conservatives, criminals have never had it so good”.

“Crime has a devastating impact on people and their communities, but these figures show the huge impact it has on our economy as well,” she said.

Updating figures reported in a government study in 2018, the analysis by Labour showed that crimes against individuals are estimated to have cost £72.5bn, up from £50.1bn in 2015/16, driven by increases in homicide, violence, rape and robbery.

The research also found that the economic toll of crime on businesses across the country has more than doubled due to an increase in theft and robbery, rising from £8.7bn in 2015/16 to £22.8bn in the year up to September 2020.

“The vast scale of this increased cost shows how out of control crime has got under this Conservative government. Rising theft and robbery in particular are incredibly traumatic for victims and cause real financial damage,” Jones added.

“The Conservatives must take responsibility for these massive rises, following their devastating cuts to policing and preventative services.”

The government announced in March £130m of funding to tackle serious violent crime, including murder and knife crime, over the next year. The package includes £30m to support the police to take targeted action in areas most affected.

It also includes £23m to support early intervention programmes that the government has said will help stop people from being drawn into violence, with trained professionals to engage and divert young people away from violence.

“When it comes to gangs and serious violence, we must also tackle underlying causes,” Priti Patel said. “That is why we are investing in new early intervention programmes to stop young people committing these crimes in the first place.”

According to the 2018 Home Office research, violent crimes made up the largest proportion of the total costs of individual crime, representing almost three quarters of the economic impact, but only one third of the number of crimes.

There were over 6.43 million crime offences recorded in the UK in 2019/20, which represented an increase of around 120,000 offences when compared with the previous reporting year and is the highest in the country since 2003/04.

Crime fell in almost every reporting year from 2004 reaching a low of just 4.4 million offences by 2013/14. Since then, the UK has seen year-on-year increases. The crime rate last year stood at approximately 96.3 crimes per 100,000 people.

England and Wales had a slightly higher rate than this average, while Scotland and Northern Ireland both had lower crime rates. London ranked top for the number of crimes, at over 850,000, while Yorkshire had the highest crime rate.

Commenting on the CSEW data earlier this week, Shadow Home Secretary Nick Thomas-Symonds described the increase as “shocking” and his party has called on government ministers to introduce stronger rights for victims.

The proportion of criminal cases failing due to victim non-cooperation has trebled since 2015, now standing at 25% of all cases. A recent survey showed that only 14% of rape respondents believed justice would be done if they reported a crime. 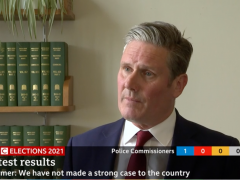 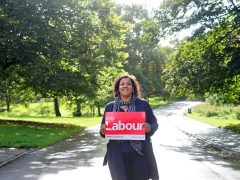 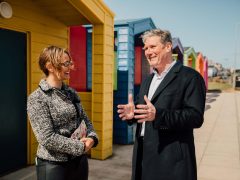