There are often moments where a short sentence can capture a nation’s mood by speaking to a broader struggle or injustice. Often it is borne out of tragedy or trauma: “I can’t breathe”, “Reclaim These Streets”. In other cases, it speaks to hope in the face of despair: “We have more in common”, “I have a dream”.

Following the government’s release of the commission on race and ethnic disparities report, David Lammy spoke for people from all backgrounds fighting against racism with the words “I’m tired”. We are tired of being set against allies in the fight against structural racism. Tired of structural inequalities that have cost lives, tired of having to defend our identities and tired of being pitted against working-class white communities.

Much has been said about the report’s failures. It is wholly inadequate in addressing much of the “systemic” racism identified by those who gave evidence to the commission. The report identifies the inconsistent way data is collected, but concludes there was no evidence of systemic or institutional racism. The findings are at odds with almost every single report on race. It is at odds with the Human Rights Committee’s study, which found that 75% of Black people did not believe their human rights were protected equally to white people.

There has been a strong response from the Labour frontbench. Marsha de Cordova called the report an “insult” and argued that Labour would listen to the voices of communities. Keir Starmer reiterated Labour’s commitment to introduce a Race Equality Act. These are essential steps, and we will wait to hear more details. Still, in the immediate future, some will say this report has halted all the momentum following the Black Lives Matter protests last year. But it need not do, and these are some of the things we should consider.

Interview after interview earlier this week we heard government ministers highlight the importance of class in the debate on inequality. Class, of course, plays a significant role in people’s life chances. Many Black, Asian and minority communities are also affected by class inequalities, but this is not a zero-sum game, where addressing class inequality means denying structural racism exists. The irony, of course, is that the government has done very little, if anything at all, to address class inequality.

The Labour Party should continue to join others in calling for the government to introduce the socio-economic duty as part of the Equality Act and challenge the government to back up its rhetoric if it is serious about addressing class inequality. The Runnymede Trust has set up a petition calling on the government to do so and the labour movement should give its full support.

The report also identified the usefulness of reporting on the ethnicity pay gap, encouraging organisations and businesses to publish their data. But it stopped short of recommending a legal requirement. Many government departments are yet to publish their ethnicity pay gap – Labour should continue to call on government departments to take the lead by doing so.

Most telling is the focus of the Sewell report on education, with elements of the information inferring that some communities faring well in parts of the education system must be evidence that structural racism cannot exist. However, very little is mentioned about their chances of employment following education. Labour must continue to raise awareness of existing reports into racial inequalities in the workplace, judicial system and healthcare.

Some have argued that this report will set us back on race relations for another generation. Many are tired, quite rightly, of another set of recommendations that seems to have let down Black, Asian and minority communities. The Labour Party and others have expressed shock and disappointment in the Sewell report. Still, we will need to continue to build bridges that address structural racism and address class inequalities – because this Tory government is failing on both measures. 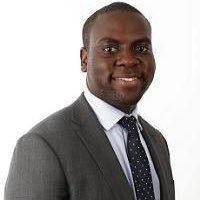 Johnson Situ is a Labour councillor in the London borough of Southwark and the cabinet member for growth, development and planning.

View all articles by Johnson Situ