In terms of transport, the new post-pandemic normal is looking worse than the old normal. Without a clear strategy for how to deter people from jumping in their cars as they start travelling again, the roads will become even more congested than before, with all the accompanying environmental and social damage. Restraining car use – whether through pricing and taxation or physical measures such as protected cycle lanes and low-traffic neighbourhoods – is the key to ensuring that the post-Covid transport situation is more sustainable than before.

Yet those promoting a more sensible balance between different types of transport tend to duck the key issue. They start  saying “I’m not anti-car” as soon as a new cycle lane or low-traffic neighbourhood is mooted. It’s a common refrain designed to smooth over inter-neighbour tension – the “it’s not you” of local transport policy. But it means supporters of these schemes are on the defensive right from the start, having to almost apologise for putting forward a rational and desirable shift away from car dominance.

Here’s the rub. This defensiveness doesn’t work. Instead of working to smooth over local tension, a pattern has emerged. Time after time, new hyper-local infrastructure to facilitate walking and cycling are elevated to (seem of) national importance, only to be cut down, with regional or national implications. This confusion of scales draws energy and attention away from the bigger picture: the intersecting crises of climate change and sedentary lifestyles, which are both greatly exacerbated by car dominance.

Look at what has happened over several low-traffic neighbourhoods. Essentially, local matters such as the installation of planters or bollards have led to protests organised by a variety of professional opponents. In addition to partisan newspaper campaigns, taxi and delivery companies abetted by a handful of keyboard warriors often using multiple social media accounts have combined to make national headlines and managed to scupper several schemes.

The High Court ruled in January that taxis should have access to a particular street in the City of London, yet the ruling put in jeopardy sustainable transport schemes across the capital. The judge in the case could not have been more wrong. She said: “If the mayor and TfL had proceeded more cautiously… their proposals would have been proportionate to the difficulties which needed to be addressed. The measures… far exceeded what was reasonably required to meet the temporary challenges created by the pandemic.” On the contrary, when faced with the bigger crisis of climate change, on top of the years-long challenge of Covid, TfL’s ‘Streetspace’ plan was pretty tame stuff.

Debate in the national press has focused on the odd excellent scheme in cities, which are unfortunately miles ahead of the transport policy of the rest of the country. Examples such as The Daily Mail intervening in the Kensington cycle lane, which happens to be outside its office, led to the newspaper publishing spurious stories of unused cycle lanes and supposedly delayed ambulances. A common trend is emerging: supporters of low-traffic neighbourhoods end up embroiled in arguments about local minutiae, when those schemes should be viewed in the context of major issues such as pollution and climate change.

It’s time for a change in tack. Instead of excusing themselves for being radical and for putting climate change at the heart of concerns, campaigners should make clear why the culture of car dominance is so damaging. It’s about how cars currently dominate the street space, and how they should be made to behave as guests, which is what happens in low-traffic neighbourhoods. In reality “I’m not anti-car, but” should be rephrased to become “we’re against car dominance, yes”. We don’t want to ban cars – we just want them to be accorded much less power in the street space.

It doesn’t mean abandoning the local sphere, just couching it against the backdrop of major health-environmental crises of the day. For example, a frequent objection to low-traffic neighbourhoods is that they push pollution onto nearby streets. This is not true, but even if it were the case, arguing over, say, a 10% increase on a certain street is misguided when so much of the country’s urban realm is over the legal limit for air pollution.

Local and central government need to adopt an overall strategy that encompasses all types of journeys. Of course we should be saying that walking and cycling are best for short journeys, but we should also argue that taking the train is best for longer journeys. For instance, replacing one family’s petrol-powered car with an electric car is undoubtedly better for the environment in terms of tailpipe emissions. But that household-level decision doesn’t scale up: one-for-one replacement of every existing car with an electric car would not address the fundamental issues of sedentary living and road violence.

In addition to the unsustainability of sourcing materials for batteries – there are environmental and social issues around virtually every metal used in them – there may never be sufficient mines to cope with true electrification. Moreover, electric cars do not solve the damaging effect of the sheer amount of space that vehicles take up, particularly in the urban context. On a national scale, electric cars lock us into a very similar future as the car-dominated one we have now. Nor do they address what is probably the most damaging but insidious effect of car use: inactivity.

As the excellent recent book by Peter Walker, The Miracle Pill, points out, we are sleepwalking into a health crisis that threatens the very future of the NHS. Even before the pandemic, the book sets out how our sedentary lives are leading to an epidemic of non-communicable diseases. And cars have done more than any other invention to make us all less mobile. Electric cars do nothing to help the fundamental problem that our lives are too sedentary and that favouring car travel over cycling, walking and public transport encourages people not to exercise.

While transport policies play a huge part in the move towards a less sedentary and more sustainable society, it is policies across the spectrum of government that need to be tailored towards this end. Everyone currently saying “I’m not anti-car” needs to campaign more openly about the fact that car dominance is indeed negative for individual as well as societal health. We need to keep more of the alternatives, like protected cycle lanes, cheaper and better public transport and low-traffic neighbourhoods, in order to have a much wider effect nationally. 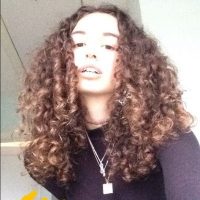 Pearl Ahrens is a transport campaigner.

View all articles by Pearl Ahrens