In what was a challenging set of results for Labour, in Kent we bucked the trend. We made gains on the county council and we gained a crucial seat from the Conservatives in Dartford, a parliamentary seat we held from 1997-2010 that now has a Tory majority of almost 20,000 and overwhelmingly voted to leave. How did we do it, and are there lessons for how Labour wins in the future?

1. Our candidate was rooted in our community. As someone who led from the front in the community response to the pandemic, running a voluntary organisation supporting residents, Kelly Grehan had a story to tell about community values and action. Voters of all political allegiance notice candidates who get things done, and it certainly helped us. It demonstrates the importance of working hard and being visible between elections. “Not just at election time” can’t be just a slogan – when our councillor sand activists show they work with and for our community, it builds that trust in Labour that is essential to winning elections.

2. We built a coalition of voters. Our ward includes council estates, new build housing with young families and lots of classic ‘bellwether” swing voters. We targeted all of them. That meant our message needed to be broad and inclusive. We didn’t go down policy rabbit holes. We listened. Protecting the services people told us mattered to them, showing we would be a strong voice for them wherever they lived, resonated. With talk in the Labour Party turning to a ‘policy review’, we should never forget that Labour wins when it speaks to a broad coalition of voters. That starts with listening to them.

3. We worked hard. When restrictions were in place, we phoned voters. As soon as restrictions eased, we got out on the doorstep. We knocked on thousands of doors. You cannot win elections without talking to voters. We supplemented it with social media messaging, but there was no part of our ward that didn’t see Labour volunteers in their street engaging with voters and delivering literature. The Labour doorstep is a vital foundation of any winning campaign.

4. It was a team effort. Our team wasn’t big, but we recognised the skills and abilities of everyone in it – and we used them. Some people were limited in time by circumstances, or could not knock because of illness, but we found ways for them to play their part online, on the phone or simply making cups of tea on election day. It all helped. Everyone involved felt proud to take part – because they believed in the campaign and the candidate and they knew they were valued.

There is no route to Downing Street that doesn’t run through Kent. On the ground in Dartford, as in other towns in the county, councillors and activists are building trust in Labour again. We need to show people that we can listen, we are genuinely motivated by wanting to build better communities and we act in their interests – rather than being motivated by a desire for power or anything else. 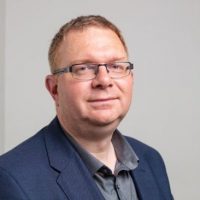 Jonathon Hawkes was an election agent in the May 2021 elections. He is a former councillor in Dartford.

View all articles by Jonathon Hawkes