There is no disputing that Scottish Labour fought a positive election campaign and that Anas Sarwar brought both charm and authority to Labour’s challenge. It has been argued that if he had been given more than the ten weeks he had to make his case, the result could have been so much better. Possibly, but the problem with this narrative is that it smacks of the ‘one more heave’ approach that has led to Labour losing seats in Scotland at every election since 1999.

If Scottish Labour relies on competent leadership alone to solve its problems, then it is doomed, at best, to remain the third force in Scottish politics. If it truly wants to be ‘back on the pitch’, it must have something concrete to offer on the constitution. A lot of hope is being placed on Gordon Brown’s welcome call to reform the UK constitution. It will be important the Scottish element of this reassures voters that it will satisfy their desire for greater Scottish autonomy.

There can now be little doubt that the crunch point for indyref2 will come in the next three or four years. Labour will have an important decision to make, which will not only decide our electoral fortunes but the future of the country. Labour can back the Tories in attempting to block the referendum and compound the damage Better Together did to its relations with its former core vote, or it can support the nationalists and risk alienating those who supported Labour as a way of keeping the UK together. Alternatively, to coin a phrase, it could offer a third way.

The third way can’t simply be a beefed up version of the vow, a new Calman commission or Smith commission, ‘devo max’, ‘devo plus’ or even home rule. Brexit and the consequential Internal Market Act brought home to Scots that a power devolved is a power retained. The majority of Scots now want greater control over their lives. A radical way to achieve this, and come as close as any proposal can to uniting the country, is to offer independence within the UK.

This would be independence without separation. Scotland would become a completely sovereign nation with total power over its domestic laws, services and taxation. There would be no border for goods, services, capital or Labour. Defence would remain a UK-wide function with Scotland making a contribution to this and other common services. The UK now representing more than one sovereign state would continue to hold the seat in the UN and on its security council. Scotland could, though, if it desired have direct representation in a number of international bodies – just as Taiwan does not have a seat at the UN but is a member of a plethora of international bodies.

The two sides would have to reach agreement but, potentially, such an arrangement would provide a solution to the issues of currency, pensions and border posts. It probably wouldn’t be feasible for Scotland to rejoin the EU but it would open the door for its participation in such things as the Erasmus programme.

This is not a variation of devolution. Westminster would have no vetos, no right to unilaterally reverse the settlement and an absolute requirement to negotiate with the Scottish government on shared competences. The Scots would have control over their own fortunes and, for the English, David Cameron’s promise of ‘English Votes for English Laws’ would be delivered.

Such an arrangement would require goodwill on both sides, a robust institutional structure and constant dialogue – but it could work, and avoid a future with either an acrimonious and messy divorce or half of Scots feeling they are being held in the UK against their will. If it succeeds, it will demonstrate that the union is one based on consent, not compulsion. 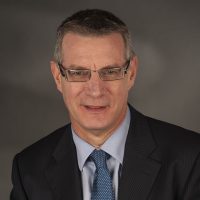