The ‘Red Wall’ has featured highly in recent discussions of the Labour vote in the North, and I want to say something about that, being from a tribal Labour family in Teesside. Many things have changed over my lifetime, and I think it’s worth remembering those communities where the core of our support once lay.

Rarely discussed is how important the unions were in educating people and, in particular, political education and the many structures that helped to create political consciousness. In areas where schools often failed people, there were once whole networks of adult education, workers’ educational association courses, evening classes and training provided in the workplace, mostly free.

The co-operative movement was strong in the North, and people understood something about where that movement had come from; it was still an active part of their lives, key to their history and rooted in collective action. Post-war, there was a growing consciousness of the importance of education and books (libraries were hugely used and valued); an understanding that it was their own organisations that created opportunities for them. My father educated himself, firstly as an engineer and later a nuclear engineer, through night schools and a great deal of home study with organisations such as the Institute for Mechanical Engineers. In some work places, study and qualifications were supported and workers given time off to do further training. There were serious apprenticeships.

Many had the experience of workplace union meetings, talked with others engaged in the struggle for better wages and conditions and related to their local Labour Party, which was often very close to the local unions. Local politics was also peopled with Labour councillors and, although much of local government had been run by Tory masons prior to the ’70s, Labour local councillors were seen as working for us – the ordinary people. My dad’s generation paid their subs to the party like they paid the man from the Pru who came to collect every fortnight or so, and as they put their weekly pools coupon in as a matter of course; one of life’s essentials.

Much of this life and those communities have gone, along with the sense of political belonging that was part of it. The whole ecosystem, the humus in which political consciousness was nourished and grew has been broken down over my lifetime. As part of a long-term series of actions to change the cultural and political values of the whole population, Tories took control of the national curriculum and no political education was allowed anywhere near schools. My generation was given access to grammar schools and universities by post-war Labour governments and grew up with strong values, passed on to us by those who had fought in the Second World War and came back determined to ‘build back better’ with decent housing, wages, pensions, education for their kids and with a deep understanding of the horrors of war and the values of peace and international cooperation.

There were many other factors at play, too, of course: the needs of industry for a more mobile workforce being only one – ‘get on your bikes’. These changing conditions have led to a serious decline in political consciousness and awareness. We now have an electorate even more vulnerable to political manipulation, and a press and social media that is increasingly expert in spin and increasingly owned by a small number of men determined to wield that power. Gone also are the days of the campaigning local press and its scrutiny of local politicians and conditions.

The geographical communities disappeared, too. Although it may seem like ancient history now, these changes have actually come about very rapidly, in the space of one lifetime. Many of my aunties and uncles lived near my grandmother in tiny terraced houses in Stockton-on-Tees and Middlesbrough. They lived there all their lives. One of my uncles was reputed to have never left Stockton. But much of the way we talk and think about politics in our party hasn’t changed that much.

In the ’80s, Margaret Thatcher targeted the unions very effectively and the feeling of defeat resulting from that destruction affected far more than the mining communities. It was also a defeat for the notion of class and the belief that collective organisation and action could be successful. The unions had been very successful in the post-war period in improving working conditions and wages, but the ideological fight to destroy them and the loyalty to them was a deliberate objective of Thatcher’s regime. Faith in politicians and politics itself declined too, and was replaced with a widespread view that all politicians were the same, useless, didn’t do what they said they would, and that politics itself wasn’t worth engaging with. I’m generalising wildly, as we still have unions and some strong, local communities, but the overall picture is radically altered.

I was at university in the ’80s, conscious that I was one of the first babies born in the NHS, one of the working-class children who went to grammar school thanks to the 11+ and dedicated teachers. I got access to university education because of a full grant. All thanks to the Labour Party. In the universities at that time were not only increasing numbers of working-class people, but a generation of lecturers with socialist/Marxist politics, radical students’ unions and groups concerned with women’s liberation and anti-racism.

These political movements came out of that post-war generation’s values, and the opportunities afforded to us. By the 1990s, that domination of social sciences was replaced by neo-liberal, post-modern individualism and an emphasis not on ‘education for its own sake’ but as employment and business-oriented. Elsewhere, what remained of community education was destroyed, made inaccessible by fees or turned into a highly-assessed and controlled exercise in equipping people for work.

The Thatcherite restructuring of local government into internal markets and agencies for outsourcing rather than public service also transformed the nature of politics at a local level. I worked for some years in the equality units of Labour authorities, and I remember well the feeling of dread when Thatcher stood on the steps of Downing Street and declared that she was coming for the inner cities next. She understood very well where the opposition lay.

Just recently, we have seen again the strength of the Conservative distaste for effective local government throughout the pandemic, where local agencies and knowledge were repeatedly bypassed in favour of private, profiteering national agencies – much to the detriment of initiatives such as test and trace. Any state money heading north will be dished out by self-appointed groupings of businessmen and entrepreneurs. They do not want to see successful local government offering good services because this is a very significant part of creating actively engaged, politically aware local communities.

Over the years, the fundamental basis for a resistance, the confidence in people coming together and the understanding of the power of that, were undermined. Along comes the referendum and the vote to Leave was achieved, yes, by spin and lies, but also because most people had no idea what it would really mean or the motivation to find out by delving beyond the propaganda. The sense of loss and neglect that many of these traditional communities had, the sense of lack of worth and respect, the blaming of incomers, the harking back to better times – these had been long-term trends.

Brexit became a signifier of which tribe people now identified with across many more areas than membership of the EU: freedom of movement; our sense of being part of a bigger, more diverse community; the belief that, flawed as it is, our democracy has real meaning and value; the notion that peace and justice lie in working together. The successful depiction of Europe, as would-be ‘masters’ rather than Europe as a collection of states working in mutual self-interest, fitted very well with a discourse that laid the blame for all ills on outside factors/people rather than where it belonged – with the abject failure of successive Tory regimes to address social and geographical inequalities amongst many other failures.

What we are seeing now in the Red Wall increasingly favouring the Tories is a long-term, underlying shift in understanding, values and identities. The environment that enabled many people to develop political consciousness is fundamentally altered and their aspirations are different. The narratives people believe have changed. Shockingly, Brexit voting now also goes along with supporting a political elite who lie and deceive and whose voters know and don’t care that they do.

This is a whole new ball game, with different tribes. Many of those values – mutuality and collective action, public service, reducing social and economic inequalities, political decency and integrity, the support of environments that enable political understanding and engagement, lifelong education, the fundamental belief that political action can lead to better lives – are core to Labour’s existence. Making new ways to transmit and embody those values will be key to our success. 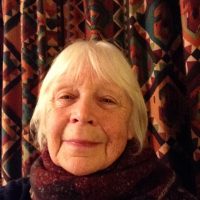 View all articles by Lynn Alderson