Boris Johnson and his ministers have squandered huge sums of public money – and not just during the pandemic. Tory claims to be trustworthy stewards of spending have been blown away amid payouts to pals and contracts handed to cronies. Labour must use this moment of growing public anxiety over the corruption of the state to make a case that it will be better.

A Labour government will inherit broken and seriously underfunded public services, rising inequality and poverty, an unfair economy and the major challenge of the climate emergency. To address these challenges, and to create a society and economy based on its values, Labour needs a bold plan for very significant but practical increases in public expenditure.

But Labour still has a credibility problem. The public has yet to be convinced that the public finances would be safe in Labour hands, especially if it were to propose increased taxation. Labour must demonstrate a commitment to, and the means to ensure, effective stewardship of public spending so as to maximise outcomes from every pound of public expenditure.

What Labour needs is a fiscal makeover; it needs to reinvent itself as the party of effective and accountable public spending. Our new Fabian pamphlet, Prizing the Public Pound, offers a bold proposal: Labour should love audits and robust assessments of spending plans. Advocates of a more dynamic, interventionist state should welcome auditors’ work for its evidence of what the state can do. And embrace a value-for-money culture.

That’s not about auditing as a bookkeeping exercise, tallying income and expenditure, important though the basic arithmetic remains. Labour should reconceptualise auditing as a concerted effort that starts before spending commitments are made to map the most effective route from policy through delivery to outcomes that benefit the public.

Audit embraces economy (minimise outlays to make the money go furthest); efficiency (getting the biggest bang for the buck); and effectiveness (securing quality, results and impact with, for example, pupils’ educational outcomes, effective health services and health outcomes, public health contributing to increases in life expectancy, quality of policing and safer communities and excellent employment standards). It also means assessing environmental sustainability and monitoring the impact of spending on climate change. It must examine who benefits – which groups, which areas – and whether it’s fair and addresses inequality.

Labour now has an opportunity to reset public perceptions. This means reconnecting with Labour’s past, to the attention paid to the mechanics and effectiveness of spending by Harold Wilson – a distinguished chair of the public accounts committee – and to his successors; among them Joel Barnett and, more recently, Margaret Hodge and Meg Hillier. It also means revisiting the work of Tony Blair’s government’s delivery unit but not replicating it.

When she was Shadow Chancellor, Anneliese Dodds grasped the need for reform, pledging that Labour would give a cast-iron guarantee of value for money to voters by insisting on outside scrutiny of the effectiveness of its spending by the National Audit Office. The NAO would produce an annual report on the efficacy of the government’s public expenditure programme.

We argue for more: wholesale reform of public audit in central government and across the wider and local public sector. Labour should look intently at impact before programmes go ahead. We propose an Office for Effective Spending sponsored by a cabinet minister and located in the Treasury and Cabinet Office.

Labour should ensure that all government departments and public bodies pre-assess their spending proposals before implementing them. The office would have oversight across Whitehall for these assessments with powers of intervention. It would also ensure that audit and performance reports are acted on, rather than simply left on the shelf.

We are also proposing a Place Audit Office, within the NAO but at arm’s length to reflect the independence of local government. This would have responsibility for auditing NHS trusts, councils, academies and multi-academy trusts, the police and other local public bodies and how central government agencies impact on local places. It would also undertake ‘whole place audits’ to evaluate social, economic and environmental wellbeing in cities and other local places. These could be subject to local democratic scrutiny, building on the last Labour government’s total place initiative. Labour local government leaders and mayors should welcome such an office and be involved in scoping its design and brief.

Whether a programme matches the ambition set out in a manifesto is a political judgement. Whether a programme is deliverable, has absorbed available evidence – especially the findings of previous audits – and whether a credible path has been charted, from manifesto through to budgets and implementation to evaluation, will demand patience from Labour ministers and a heightened understanding of the state’s delivery capacities.

Nationally and locally, Labour has much to gain from championing public audit and value for money. Such commitments could help restore trust in Labour as the custodian of public money and sharpen its opposition to the Tories. Labour must demonstrate financial credibility if it is to win support for the ambitious spending and public policies the country needs.

David Walker is a former managing director of the audit commission.

View all articles by David Walker 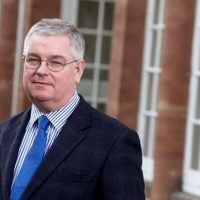 View all articles by John Tizard