Today sees the Protection of Workers (Scotland) Act come into force, a significant step forward for safety and respect in many workplaces. The Act will make it a specific offence to assault, threaten or abuse retail workers, especially those who are enforcing legal age restrictions around products such as alcohol. For too long, too many people have looked down on retail workers and felt that it’s ok to be rude to them, abuse them and, unfortunately, assault them – all because they are simply doing their job. This new law will send a clear message that abuse is not part of the job and will provide the tools needed to combat this growing problem.

This is not a niche or minor problem. For over 15 years, Usdaw has been running its Freedom From Fear campaign seeking to tackle the growing levels of violence and abuse faced by frontline retail workers. For too many Usdaw members and their colleagues across the retail sector abuse is part of the daily reality of their work. This reality has only gotten worse during the pandemic. Whilst many rightly recognised that retail workers were amongst the key workers who had worked tirelessly to keep our services running, cared for the vulnerable and kept our communities fed, others took out their frustrations on retail workers. The introduction and enforcement of social distancing and other public health measures created new flash points for abuse and violence.

The scale of the problem has brought together an impressive coalition of support to make the case for concerted efforts to improve the situation, including a change in the law. From Usdaw, as the trade union representing retail workers, to the Labour and the Co-op parties, employers including the Co-op and sectoral groups such as the British Retail Consortium and the Association of Convenience Stores – all have stood together to say that enough is enough. The passing of the Act in Scotland is something we are incredibly proud of and demonstrates what the Labour Party and trade unions can achieve when we work together. This was political action to tackle an issue firmly rooted in the industrial experiences of Usdaw members.

The case for that action was made both inside and outside of the Scottish parliament through a high-profile campaign of engagement. A campaign built upon the evidence provided by Usdaw members and their colleagues. To get a members’ bill passed unanimously by the Scottish parliament is no mean achievement and it has taken commitment, persistence and hard work. This was an example of the labour movement at its finest, coming together as the industrial and political representatives of working people to make real improvements to their working lives. We are proud to have worked together to deliver this for Usdaw members and all retail workers.

Securing this in Scotland is not the end of the journey, however. We know that this is not a problem limited to Scotland, so the solution can’t be either. The Conservative government in Westminster has resisted a similar law for years but slowly and surely we are making the case for change. With the solid support of Labour, we are winning over sceptics on the strength of our evidence and the breadth of support from across the retail sector and society. The Labour Party and Usdaw are making progress together and we will succeed in delivering this level of protection for all retail workers, either by making our case in Westminster or by delivering a Labour government.

In the meantime, we can all do our bit. Treat retail workers with respect, in every situation. A ‘hello’, a smile and ‘have a good day’ go a long way, and if you see someone abusing a retail worker, let the worker know they’re not alone and show them your solidarity. We all need to live our labour values and stand together to call out this unacceptable behaviour. 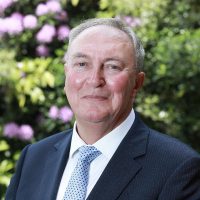 Paddy Lillis is general secretary of Usdaw, the Union of Shop, Distributive and Allied Workers.

View all articles by Paddy Lillis 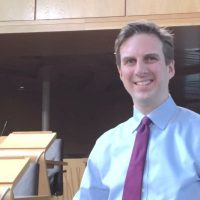 Daniel Johnson is the Labour and Co-op MSP for Edinburgh Southern and Shadow Finance Secretary.

View all articles by Daniel Johnson