Shadow Justice Secretary David Lammy has told a Labour Party conference fringe event when discussing trans rights this morning that “there are some dinosaurs on the right” and also that “those dinosaurs exist in our own party” who want to “hoard rights”.

Asked at a fringe meeting today about the ongoing conflict in the party over the rights of transgender people, he said there is “always a debate when you’re extending rights to people who have been denied them for so long”.

Lammy told the event that the “great story of the 20th century is “people who had no rights claiming those rights” – including the working class on the factory floor, and those fighting for LGBT rights and BME rights.

“I will always be on the side of minority communities kept out of the mix for having the freedoms everyone else has enjoyed,” the Labour frontbencher said. “I’m not in the business of inflaming a very small minority group.”

He highlighted that the prevalence of suicide thoughts and attempts among transgender adults is higher than that of the general population, and that there are long waiting times for gender identity clinics.

The Gender Recognition Act was passed in 2004, while Lammy was serving as parliamentary under-secretary of state for constitutional affairs. Speaking at the event hosted by The New Statesman, he said he was “proud” of the Act, but now thinks it needs to be updated as it was developed “in a different age”.

Labour leader Keir Starmer confirmed last week that a Labour government would update the Gender Recognition Act to enable a process for gender identification, and he told the BBC on Sunday that saying only women have a cervix is “not right”.

The comments from the Shadow Justice Secretary today come after Labour MP Rosie Duffield recently said that online abuse and criticism of her views on transgender people led to her decision not to attend party conference.

The Tottenham MP also passionately defended his position on Brexit. Lammy was a public advocate for a second referendum, writing three days after the referendum result that “Brexiteers would have never quit or given up the fight on the basis of a result that was this close”.

Asked whether he regrets this position, given the wide-spread success of the Brexit Party in recent elections, Lammy answered: “Absolutely not.” He explained: “I spoke for half the country at the time.”

The MP said he believes he was “on the right side of history” and “makes absolutely no apology” for the stance. He accepted that “the battle wasn’t won”, while pointing to fuel and food shortages as evidence of the government’s Brexit mismanagement.

He also spoke in support of “a degree of positive discrimination” to help increase the number of Black men in the Parliamentary Labour Party (PLP). He said Labour has historically been “too slow” to understand the structural barriers preventing the selection and election of Black men, and called on the party to do “considerably more”.

Asked about his new opposite number Dominic Raab, who was moved to the justice brief in the government’s recent reshuffle, the Shadow Justice Secretary told the meeting that he won’t be “shy of pulling my punches”.

Lammy condemned the commission on race and ethnic disparities, chaired by Dr Tony Sewell CBE, whose report he said has been “largely ridiculed”.

The report, published earlier this year, concluded that other factors like geography, socioeconomic background and religion all have a greater impact on life chances than race. It was criticised by a number of organisations, including the British Medical Association, National Black Police Association and UK Youth.

View all articles by Caitlin Prowle 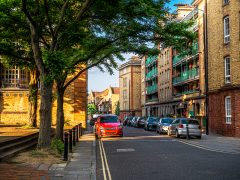 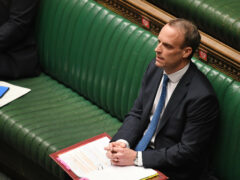 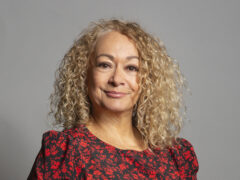