A few days after the Budget, it’s clear that despite the Chancellor’s promises, public services will still be underfunded and under pressure.

More money for public services is welcome – but after a decade of Tory cuts, most departments will still have less funding than before 2010. And we cannot assume any increases will reach frontline services, given this government’s habit of handing out lucrative contracts to the private sector with little scrutiny or accountability.

But there is no government plan to restore public sector workers’ pay. And ministers refuse to even guarantee that current wage value will at least keep up with living costs in the year ahead.

Doesn’t deliver for the NHS

NHS staff have gone above and beyond throughout the pandemic. But funding will only increase by 1.5% and 1.4% in the final two years of the spending review. No wonder NHS trust leaders have concluded there is “little chance” of building 40 new hospitals under current plans.

It’s just not enough for a service that has been underfunded for a decade and was already facing huge staffing pressures, burnout and collapsing staff retention before the pandemic.

Commitments to additional staff will cost nearly £900m alone by 2024. There’s no doubt how badly the additional staff are needed. But to retain staff, there must be fair pay too. And it’s hard to see how this settlement can deliver on both.

The pandemic exposed how fragile local government services have become since 2010. This is especially true in areas like social care, which are plagued by low pay, poor conditions and understaffing as burned-out staff seek work elsewhere while demand continues to grow.

The Chancellor promised bold action to address these problems, but the £5.4bn from the health and social care levy won’t kick in for three years. The social care crisis needs addressing now.

For all the government’s talk of upskilling and recruitment in the care sector, the Chancellor’s meagre offer shows a failure to grasp the gravity of the situation, let alone to take the action needed to rectify it. Of the 3.1% rise in council funding, 1.2% will go to funding the new cap on social care costs. That leaves only 1.8% for all the other vital work councils do.

The Department for Education will get an average rise of 2.2% in the years ahead. This rise includes funding intended to help schools and pupils catch up after the impacts of the pandemic.

This is a major undertaking. And it leaves little scope for decent pay rises for teachers and teaching assistants, who are still on wages worth significantly less than a decade ago.

With Covid-19 now more prevalent in children than any other age group, school staff are still putting themselves at great personal risk in the pandemic. They deserve better.

Although this Budget increases Home Office funding initially, it will be cut in the final year of the settlement. So, our police and prison staff have a bleak outlook for pay restoration and improved living standards.

The Ministry of Justice has already suffered some of the deepest cuts over the last decade. It has destroyed staff morale and created a courts backlog that undermines British justice.

Despite some cash to tackle the court backlogs, the IFS predicts the justice system will end this parliament with a Budget that is still 12% lower than in 2010 – a major assault on UK justice.

The Chancellor deserves no plaudits for his claim of “strong investment in public services”. The truth is that the austerity his party imposed on councils has left many of our local services in a desperate state.

His Budget is an admission of the failure and harm done by austerity. But it does nowhere near enough to repair the damage. In fact, it is a reduction in the share of GDP spent on public services.

Our public services deserve more. But it is also clear that they don’t only need adequate funding. They also need stable and competent leadership. And they need to be run for the public, not rinsed for private profit.

That means not throwing eye-watering sums to private companies like Serco for failures over track and trace. It means providing publicly-run family support services, instead of funnelling money to the private company owned by a former Conservative party treasurer to run new family hubs.

And it means a fair way of funding social care. Instead of a regressive increase in National Insurance, the government should equalise capital gains tax with income tax. This would raise as much as £17bn to fund social care, with the wealthy paying their fair share.

Public services and the public don’t just deserve more, they deserve better. The Budget provides neither.

Note: All figures for percentage changes to departmental budgets are real-terms. 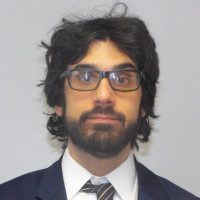 Kamaljeet Gill is public services officer at the TUC.

View all articles by Kamaljeet Gill