A recent report by the Labour Foreign Policy Group aims to outline a ‘progressive’ approach towards China, with a focus on de-escalating any potential conflict and identifying areas of collaboration. While these goals are in many ways welcome, a bolder approach is needed if we are to take seriously China’s challenge as a belligerent superpower ruled by an autocratic regime.

Many in China and South East Asia are concerned about China’s rise. Recent events have only served to heighten these concerns: from Beijing’s crackdown on Hong Kong’s democracy and the internment of Uyghurs in Xinjiang, to the cover-up of the causes of Covid and military action in the South China Sea. In the last month, China has developed hypersonic weapons, increased its plans to build more coal-fired power plants, silenced China’s top tennis player Peng Shuai after she spoke out about being sexually harassed by a senior party official, and Xi Jinping is on his way to securing indefinite rule as ‘president for life’ – a power-grab not seen since Chairman Mao.

The crackdown and stifling of political dissent in Hong Kong, in the form of Beijing’s National Security Law, is not only an issue close to my heart, but also one for which Britain bears a particular historic responsibility. When the Labour government oversaw the handover of Hong Kong to China in 1997, we promised to safeguard Hong Kong’s democratic and political freedoms. These have since been resoundingly trampled upon by Beijing. It is Labour’s duty to continue speaking up for the rights of Hong Kongers, including by carving out a pathway for young people not covered by the new BNO residency rights to safely settle in the UK. This should form a key part of Labour’s China policy.

Labour needs to take more seriously the consequences of the destruction of Hong Kong’s autonomy and the ‘One Country, Two Systems model’, and what it means for the likelihood of Xi Jinping launching a military invasion of Taiwan in the next few years.

Taiwan is not an unimportant or obscure country to the UK, nor can we reasonably argue that an invasion of Taiwan would not compromise UK interests. It is a leading democracy in the region, at the centre of the global semiconductor supply chain, and its companies have significant amounts of UK pensions invested in them. At the very least, an invasion would exacerbate the global shortage of semiconductors, trigger a global recession, and rapidly increase the decoupling of China from the West, all of which would have serious implications for the UK economy, workers and jobs.

When it comes to challenging the security threat posed by China, the problem with a focus on ‘de-escalation’ is that the word is used to cover a multitude of sins. While many, quite rightly, simply want to minimise the chances of conflict between China and its neighbours, others use ‘de-escalation’ to avoid any form of confrontation towards China. Paradoxically, this could make Taiwan less safe. The US’s ‘strategic ambiguity’ towards Taiwan has thus far disincentivised China from launching an attack on Taiwan. Recent initiatives such as Aukus, a defence pact between the US, UK and Australia, raise the stakes even higher for Xi. If ‘de-escalation’ means minimising the chance of conflict, it is welcome. If, however, it means abandoning the deterrent, it is actively dangerous.

Similarly, the ‘Golden Era’ of growing UK dependence on Chinese investment and over-reliance on China’s supply chains for vital goods needs to end. Labour should follow the example of Japan and the USA, and pressure the government to encourage the reshoring of key supply chains. The frontbench should also champion the development of domestic industry and investment in green technologies, recognising this will not only create new jobs but will ensure that progress towards decarbonising and growing the UK economy is not dependent on any single country.

Investors in the City of London continue to pour UK pension investments into Chinese companies, many of whom are complicit in the oppression of the Uyghurs, are state-owned, or have direct links to the People’s Liberation Army. Labour must commit to forcing the government to review these investments on ethical grounds but also in light of the growing regulatory risks of investing in China.

Practically, Labour must ensure that its foreign policy is married up with its domestic policy. Our industrial strategy must include protection for strategically sensitive industries, including energy, biotechnology and cyber. This means that knowledge on China needs to extend beyond the shadow FCDO team, where Lisa Nandy has helped develop a more robust approach to China, to other shadow ministers including those shadowing BEIS, the Treasury, Home Office, DCMS  and of course Defence. A shadow cross-departmental committee on China would be one way of achieving this.

Ultimately, our China policy must be first and foremost about the interests of the most vulnerable, from Uyghur mothers in Xinjiang separated from their children to teenagers on the streets of Hong Kong. This is what Labour is about: protecting those who are victimised and oppressed, wherever they are in the world. China’s ruling elite worship at the altar of fervent nationalism, which hates the West, tramples on minority groups and disregards the poor. Labour must do all it can to challenge a dangerous ideology that stands against everything we believe in. 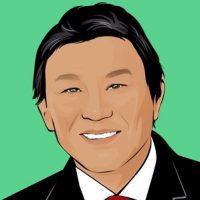 Sonny Leong is vice-chair of East and South East Asians for Labour and co-founder of SME4Labour.