Even before the current and most extreme cost of living crisis, many people struggled to afford their internet connection. In 2021, around a third of adults who were not accessing the internet at home cited affordability as a reason. Many who are online were cutting back on other items, like food and clothing in order to be able to afford a connection. Overall, 7% of all households had to cancel a fixed broadband connection because they could no longer afford it, while 5% of households had to reduce spending on other items to keep paying for communications services like broadband.

Until recently, there had been some progress on digital inequality. Over the course of the pandemic, the number of people without access to the internet declined, as we relied more than ever on the internet to work, learn and socialise. But still, 1.5 million households had not taken up an internet connection by the end of 2021, and stark inequalities remain in terms of who is connected, with older people and those in low-income households significantly more likely to be offline.

The government’s inaction on living costs could undo this progress, and lead to the deepening of such digital inequalities. The Spring Statement shockingly lacked the substantial measures required to help people on low incomes, and it doesn’t appear they have anything planned to address the costs of digital connectivity in particular. The internet is far from the most expensive essential household cost. But every pound will count for struggling families – and more will be forced to think twice about paying for a broadband connection when they are having difficulty putting food on the table and keeping their homes warm.

Labour should provide answers where the Conservatives have none. However, they may be wary. In the heat of the ill-fated 2019 election campaign, Labour proposed to nationalise Openreach and provide free broadband for all.  While surveys showed free broadband was popular in isolation, the policy played into perceptions that the party’s programme was not fiscally sound, and that the party could not be trusted with the public finances.

Labour can and should bring a more credible proposal forward. Our new Fabian Society report, Bridging the Divide, recommends that the government introduces a broadband discount scheme, whereby all internet providers must offer a high-quality connection, for a maximum monthly price of £15, to those receiving means-tested benefits and disability benefits like personal independence payments (PIP). The government and the telecoms industry should co-fund the discount. And, to encourage uptake of the £15 tariff, new and existing benefit recipients would be automatically notified of their eligibility and provided with an easy-to-use discount code.

In effect, this would cut the cost of an internet connection in half for low-income families. It’s not a magic bullet – but it is deliverable, and would help make difficult decisions a bit easier in households across the country. The policy is also easily scalable, as the discount could be extended to provide people on out-of-work benefits with free connections in the future, once the system is in place.

Some people also struggle with the cost of internet-enabled devices, and we argue the government should introduce a new entitlement to a free laptop, smartphone or tablet for people who cannot afford one. Over the pandemic, voluntary initiatives for the donation, refurbishment and distribution of devices sprang into action – but awareness of schemes remains low and provision is patchy across the country. This should now be expanded.

To successfully deliver this, the government should support councils to coordinate GP practices, schools, charities, housing associations and other local organisations to find people who need a device and provide it to them. Along with a broadband discount scheme, this is a practical and low-cost proposal that Labour could adopt – making use of existing initiatives and building on them, rather than starting from scratch.

Digital connectivity has become so important for people to fully participate in society. But the cost of living crisis risks locking people out, or adding to their bills. Labour must rise to the challenge – and, in doing so, show that it has realistic policies ready for government that will improve people’s everyday lives. 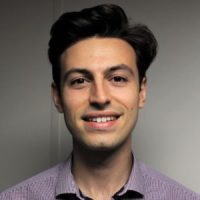 Josh Abey is a senior researcher at The Fabian Society.

View all articles by Josh Abey