If Labour has a mountain to climb to win the next election, then the local elections last week have brought it to base camp. In truth, they were a mixed bag for Labour. The party had historic successes in Wandsworth, Westminster and Barnet. Worthing signals new ground, and gains in Southampton and Cumberland show some return of support. Labour is doing better in areas where there are high concentrations of university-educated professionals but still struggling to connect elsewhere. The results confirm that the 2019 political realignment is here to stay, and Labour must now develop a politics to contest for power in a radically different world.

This is a moment of decision for the leadership of the party. It has multiple policies that few can name. It lacks a narrative to organise them into a coherent and memorable story about the country. There is a poverty of new thinking and the party is still struggling to extricate itself from the past. There is a choice facing the leadership. It can develop a political narrative to define what Labour stands for and a strategy to lead the country into the new era – or it can be left behind.

Globalisation is giving way to a new geopolitical age. The upheaval of globalisation has created ‘torn countries’ in which political and cultural elites have become estranged from their national popular cultures. Decades of market-driven reforms have weakened the administrative capacity of the British state. Government policy has enabled monopoly corporate control to the detriment of the national interest. Strategic national assets have been sold off. The bi-partisan consensus on globalisation and a liberal market economy simply disregarded national safety and the UK’s geopolitical and security interests.

The country needs a new radical consensus around national reconstruction to confront the UK’s long, slow slide into a chronic state of disrepair and dysfunction. There is a need for a more robust role for the state in the economy to concentrate on internal development and to rebuild the relationship between government and citizen. The Conservatives have responded with their ‘levelling up’ white paper: a 30- to 40-year proposal to reverse the long-term historical problem of UK geographical disparities in wealth, income and opportunity.

The first chapter outlines a brief history of regional disparities and identifies the essential role of place in national economic and cultural development. Chapter two provides an ambitious but feasible approach to the transformation of the governance of the UK. Based on systems theory, it combines a mission-led approach to policy formation with changing government decision-making and the radical devolution of power based on ‘earned autonomy’. Chapter three sets out the policy programme, which will be driven by the private sector, civil society and government working in partnership.

There is plenty to criticise. The white paper avoids the distribution of power, and it is ambiguous about the need for a new model of economic growth. New funding is absent. Nothing is said about the centrality of land and nature, nor the need for local tax-raising powers. However it represents an important break with the political orthodoxies of liberal market Conservatism and sets a new bar for Labour.

The Conservatives will struggle to achieve their goals. Failure will threaten their electoral coalition, already gravely damaged by government corruption, ineptitude and drift. Those within and around government who are trying to move beyond Thatcherism and define a new settlement to replace neoliberalism appear marginalised. This might seem a reason for Labour to cheer, but what is Labour’s alternative? Without one, the country will be the loser.

The failure of both parties to shift the political terrain onto national reconstruction and away from free market globalisation will return the country to political inertia with none of its structural problems addressed.

Labour remains by default a party still wedded to a political economy of globalisation and liberal markets that is worn out and redundant. It is a City-centric model of national economic development that ultimately relies on wealth trickling down. This outdated industrial policy perpetuates the cultural, political and economic dynamics that broke apart Labour’s electoral coalition, lost it successive elections and led to the 2019 realignment of national politics.

Labour has to forge a new model of political economy for these new times. And it has to refound the union of the United Kingdom. While the party has a Scottish Labour and a Welsh Labour and speaks confidently about the Scottish nation and the Welsh nation, it has no English Labour, and it cannot bring itself to speak about England. Until this changes, Labour cannot win a general election.

Labour must now contest the government’s levelling up by matching its ambition with its own plan for national reconstruction. This is a historic opportunity that will not come again. Labour Together has sketched out a plan in Labour’s Covenant. It has outlined the kinds of policy strategies that will rebuild the country over the next decades. This is the politics of nationhood – of bringing citizens into a national democratic community of rights and obligations with a shared economic fate and of standing up to the monopoly power of capital and rent-seeking that destroys the common good.

The old liberal market settlement of free markets and globalisation is over. Politics is changing and there is a need for new thinking and new forms of political leadership. Whichever political party gets it right will shape the future of the country in the new geopolitical age. Security, good jobs to raise a family on in every community, local places that are flourishing, opportunities to get on. This is the great political prize. In the coming general election, a plan will beat no plan. 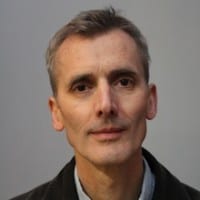