Keir Starmer and Rachel Reeves were in Liverpool this morning, delivering a joint speech on Labour’s plans for the economy. The takeaway, in short, is another one of Labour’s three-word slogans: “Growth, growth, growth.” Of course, in a simple sense, everyone wants growth. What’s new in what they are proposing – and what is potentially challenging to some Labour ears – is putting growth and productivity on the same level of priority as redistribution and investment.

This is in response to an urgent need. The UK economy has in many ways that matter – especially on wages – never recovered from the crisis of 2008. Undermined by austerity, buffeted by Brexit, we were in a structurally weak position going into the Covid and Ukraine crises and are poorly equipped to tackle the cost-of-living crisis. Put simply, Labour wants to make sure everyone gets a fair share of the pie, but this is much harder as the pie shrinks and shrinks. And, unless something is done, it will keep shrinking. We all know that inflation is putting public finances under massive pressure. Only this morning, Tory MP – and levelling-up champion – Neil O’Brien produced analysis showing that extra funding announced at the last spending review was in some cases now an in real-terms cut due to rising prices.

Over the longer term, our ageing population has meant that an ever-increasing share of the national budget has gone on health. We have achieved this only, as analysis by Paul Johnson from the IFS shows, by routing money away from other areas of government spending – especially defence, but also under austerity almost everything else. Bear in mind this is a health service that is currently barely functional, and will have to support an increasingly ageing population over the coming years. The relatively conservative Office for Budget Responsibility (OBR) believes that spending on health, social care and pensioner benefits will eclipse all other government spending by 2050.

Starmer and Reeves have an ambitious agenda but recognise that, without additional money to play with, keeping the health service going in the coming years will mean a struggle to deliver anything else.

One answer could be to tax more, but again the shrinking pie makes this hard. We have a long-running productivity problem, which has suppressed wages throughout the 2010s. It is possible that there will be Brexit dividend at some point but due to the government’s mishandling of the deal the OBR calculates our economy is going to be 4% smaller per anum going forward. There is less to tax and, with the cost-of-living crisis, what is taxed will be felt more keenly. Analysis for Progressive Britain by Christabel Cooper and Opinium illustrates Labour’s bind with the NHS, cost-of-living crisis and tax cuts all in voters top three priorities.

This context hopefully shows why, as a serious candidate for Prime Minister, Starmer cares just as much about growing the pie as he is does about sharing it out. In fact, Starmer aspires to do both in tandem. Despite the real achievements of 1997-2010, Labour has learnt painfully that a rising tide does not, in fact, lift all boats. This time, the plan for growth will attempt to “rebuild the social contract, reenergise communities [and] unite the country”.

It will be supported by an industrial strategy – and industrial strategy council, which will set priorities for country on a longer-term basis than the political cycle. The goal will be to bring high value industries to the places that need them, combining growth with levelling up and our commitments on net zero.

In truth, it is a little unclear what this will look like in practice but the goal of a long-term plan and stability is important and what business has been crying out for. And the new deal for working people is intended to make sure the benefits of growth are felt and that the scourge of in-work poverty, which threatens to undermine our whole social contract, is eliminated.

In these ways, Starmer and Reeves are arguing that growth can be good for everyone – and of course that he is better positioned to deliver it than the Tories, whose retreat to their misremembered Thatcherite comfort zone fails to recognise that in modern economies business and government often work in partnership. 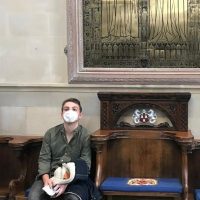 Tom Collinge is head of policy and comms at Progressive Britain.

View all articles by Tom Collinge