There are an increasing number of voices on the left and the fringes of British politics advocating for a change in the voting system for electing members of parliament. Most favour a move to a proportional system (PR) instead of our first-past-the-post system. This is not surprising, as Labour has now lost four elections in a row, but it is disturbing, as the possibility of electing a majority Labour government becomes negligible if we change to PR.

No party in UK elections has ever reached even 50% of the vote. Supporters of PR have argued, however, that a progressive alliance between Labour, the Lib Dems, the Greens and the SNP could produce a radical programme and keep the Conservatives out of government. This flies in the face of experience.

The Lib Dems, given their first taste of government for nearly a 100 years in coalition with the Conservatives in 2010, trebled university fees (having promised to abolish them) and enthusiastically voted for cuts in public services. The Greens are against increasing the size of the economy – and therefore our wealth – and, whatever the merits of the case, I’m not sure that taxpayers are ready to fork out cash to supply addicts with heroin. Finally, any hint of an alliance with the SNP is electoral suicide as Ed Miliband found in 2015. The electorate already think that Scotland gets too big a slice of the national pie and Labour members view a deal at a national level with the Lib Dems as anathema. Quite simply, a progressive alliance is an illusion.

It has been claimed that PR leads to higher turnouts in elections, which would be a good thing. But the evidence again supports the opposite conclusion. Elections to the European parliament were held with a PR system, and turnout was embarrassingly low. It is also worth remembering the electorate overwhelmingly rejected a change in the voting system only a decade ago. They will not take kindly to being asked a similar question again. It smells of the old EU tactic of repeating the same referendum until the electorate gives the establishment the result it wants.

One recent convert to PR is the mayor of Greater Manchester and one of the bookies’ favourite to be Labour’s next leader Andy Burnham. He himself would not be a beneficiary of PR, as he is already one of the most popular politicians in the country. He received more than two out of every three votes cast at his last election in 2021 and won every single ward – an unprecedented feat.

This extraordinary level of support has been achieved by being an effective and articulate tribune for Manchester and, indeed, the North of England. A redistribution of money and resources away from London, with more local say in how that money is spent, has resonated with a northern public sick of the preferential treatment given to the South East.

A conversation with the late Ed van Thijn, Labour mayor of Amsterdam, would have disobliged our mayor of the notion that PR is a fairer system. Prior to being Amsterdam’s mayor, he had been a senior member of a Labour government in the Netherlands and was given the task after their 1982 general election of negotiating with the minority parties. Labour, having increased its share of the vote, had reasonably expected a greater number of positions in government – that, after all, was the clear will of the electorate. After long, tiring negotiations in smoke-filled rooms, Labour was thrown out of office by shady deals between the minority parties. PR, in that case and in many others, distances the government from the electorate. As a footnote, van Thijn suffered a nervous breakdown.

A further illustration of how PR transfers power away from the electorate was explained to me by a member of the European parliament (MEP) during the interminable discussions in the UK parliament over what agreements should be reached with the EU on future relations. In response to my question on the likelihood of the European parliament rejecting a negotiated deal, the very notion was scoffed at by the MEP: “MEPs are elected from a list system. If you are near the top of the list, you are almost guaranteed to be elected. The political parties determine the list. Any MEP stepping out of line will either be taken off the list or placed lower down.” MEPs are accountable to party bureaucracies, not the electorate.

Labour does badly in elections not because of the electoral system, but because the party chooses leaders who are popular in the party but not with the public. The public considered our last three leaders to be in turn unempathetic, weird and unpatriotic. Burnham is the living embodiment of why he is wrong about PR. His electoral success shows it can be done at a local level. In a country with a public who opinion polls indicate want more fairness and less inequality, it is perverse of the Labour Party to choose leaders who make achieving those aspirations more difficult. 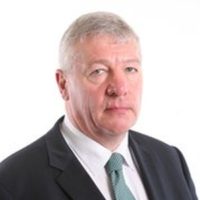