The decisions people make about how to care for their children are deeply personal. But the choices available in the first place are structural economic questions that need an answer. Far from having it all, women and young people are so often encouraged to feel like we have to make the most of our careers and social lives before children ruin it all. With the average price of a full-time nursery place for a one-year-old around £14,000 a year, planning for a family and the future feels like a privilege so few can afford.

We should not accept that it has to be this way. Childcare is a necessity for making work possible, so it is strange that the cost-of-living crisis might actually increase barriers to earning. Giving all children the best start in life means giving all families more choice than this.

Politicians have a choice too – whether they want to treat childcare as a nice-to-have social policy or an essential economic one. The Tories’ mismanagement of the economy over the past 12 years has led to low productivity, stagnant growth, falling real wages, labour market problems, the soaring cost of living and unequal services across the country. Unaffordable, inadequate childcare is linked to all of those things.

Childcare has been a policy challenge for generations, but it’s a challenge for families that has exploded over the last decade. Between 2012 and 2022, UK childcare costs increased at twice the rate of wages, and families are now struggling to make the system work. Nursery fees for under-twos have risen by £185 a month – or £2,200 a year – since the Conservatives took office. This year, more than half of families said the cost of childcare is the same or more than their rent or mortgage payments each month. Labour has an opportunity to offer a progressive alternative to this contemporary crisis – proving to voters across regions and demographics that it has the solutions to our society’s problems and can boost growth and productivity.

We know that 43% of mothers consider quitting work due to childcare and 32% of local authorities cannot meet the demand for childcare. The Social Mobility Commission found that the average wage in the early years workforce is £7.42 per hour. Childcare often starts when a child is three or four years old, leaving parents of younger children without help when they need it most. Organisations like Pregnant then Screwed, the TUC and the Women’s Budget Group have done amazing work highlighting the limitations that parents experience when balancing childcare and work.

The fact that it doesn’t pay to work with such extortionate childcare costs and inconvenient arrangements will be a familiar story to many parents on modest or middle incomes. A recent Economist article argued that “in an ideal world, the government wouldn’t have to think about any of this [because] parents would make a rational judgment [where] it might make sense to borrow to cover costs”. But individuals don’t and shouldn’t have to make choices like economists. It’s time for policymakers to find solutions that work for real people.

The latest data suggest that the employment rate for mothers with dependent children is around 18 percentage points lower than for fathers. With 1.7 million women prevented from taking on more paid work due to childcare, our country is losing out and no one is winning – not parents, workers in the childcare sector or those in local government trying to deliver for residents. The best the Tories can think of is a consultation on reducing adult-to-child ratios in nurseries, which many parents are worried about anyway.

Any worthwhile fiscal event or industrial strategy would put the next generation’s workforce, futures and choices first by prioritising a plan for childcare. Without it, we simply hold back an already struggling economy with productivity tied down by a complete failure to let women and families work.

Of course, there are social motivations for fixing childcare policy. A woman’s average hourly wage falls from 98% of average male earnings to 83% in the ten years following the birth of a first child according to the Institute for Fiscal Studies. A world where women aren’t left behind in the workplace is surely worth fighting for, and Labour should not be afraid to define itself on progressive issues. But making childcare reform a national priority would also show we understand the economic and emotional realities of all families’ lives: the need to work, earn and have time for the things that make life worth living too.

We are launching the Labour Campaign for Childcare Reform to make sure an economic strategy built around the next generation is a priority for the next Labour government. We know that the Labour movement, its serving councillors, mayors, members and trade unions, have the answers. Together, we can build support for a major policy platform that gives voters hope for the future. 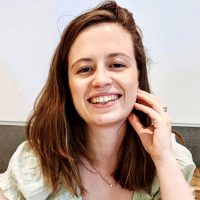 Holly Higgins is a Labour Party member from the Wirral and works in education policy.

View all articles by Holly Higgins