After 12 long years of Tory rule, our country and our political system is in crisis. Basics like housing, food, heating and transport are becoming increasingly beyond the means of ordinary people. Our health, education and justice systems are underfunded beyond breaking point, and our social fabric continues to decay before our eyes. Faith in our political system is at an all-time low, with more people than ever believing politicians are out for themselves. These are all the consequences of political decisions – but political decisions that a majority of British voters have never supported and never voted for.

Boris Johnson’s premiership was defined by staggering dishonesty, a slide towards authoritarianism and corruption and the erosion of democracy and the rule of law. Now, with Liz Truss, we see a Prime Minister ideologically committed to defending the rich at the expense of the majority, perhaps more so than any Tory leader since Margaret Thatcher – whether it’s lifting the cap on bankers bonuses or ruling out a windfall tax on grotesque excess profits. Yet either of these political projects, or something worse still, will always be capable of seizing power in Britain, with a minority of the popular vote and against most peoples’ wishes, for as long as first-past-the-post remains.

What the Labour for a New Democracy (L4ND) campaign has revealed beyond all doubt is how deeply Labour members and affiliates are committed to simple democratic principles. That all votes should count, wherever they happen to be cast. That parliament should broadly reflect the views and votes of the people it governs. That the British values of fairness and equality cannot be set aside when we decide how and by whom our country is run. The truth is that upholding these principles will not only create a stronger democracy; it will help bring about a better society.

Last year’s Labour Party conference debate and vote on electoral reform demonstrated the overwhelming demand of the membership for changing our electoral system. 153 Constituency Labour Parties (CLPs) sent motions calling for proportional representation (PR), for which 80% of CLP delegates voted. Such levels of support for a single policy are rarely seen. Whilst there was not enough trade union backing for the motion to pass, there was little active opposition: just two of more than 20 speakers attempted to defend the status quo.

Over the last 12 months, support has continued to build across the Labour movement. Following debates at trade union conferences, a majority of affiliated unions now have policy in favour of electoral reform including both Unite and UNISON. As we prepare to return to this year’s Labour conference, we are excited about what this could mean. Evidently so are CLPs across the UK.

For the second year running, more CLPs have submitted motions on PR than any other subject, an unprecedented feat for any issue. 140 local parties have voted to send pro-PR motions, around half of all policy motions submitted. The total number of CLPs with policy in favour of PR is now 370, which is about 60% of all constituencies. Of the CLPs which have debated PR, more than 96% have voted in favour. Support for reform within Labour is overwhelming.

The fact that this demand has grown throughout a year in which Labour has consistently held a commanding poll lead puts paid to the Tories’ latest nonsense attack line: that Labour only wants to change the system because we cannot win under the current one. We not only believe that we can win, but we plan to. And when we win the next election under first-past-the-post, the clear view across the party is that we need to replace it with a proportional system in order to create a fair, modern, democratic society.

If Labour is to meet the challenges left behind by years of Tory failure we will need to be bold. Transforming our broken politics is key to this. Only by ending the system which has failed so many voters for so long can Labour give Britain the fresh start it so desperately needs. If you’re attending conference as a delegate, please sign up to the #Labour4PR Delegate Network. See you in Liverpool. 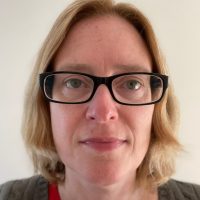 View all articles by Katherine Baker 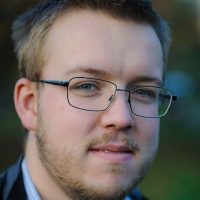 Samuel Kind is a campaign organiser at Labour for a New Democracy and a member of York Central Constituency Labour Party.

View all articles by Samuel Kind