With inflation soaring far ahead of incomes, the UK is gripped by the worst crisis-of-living standards since the 1950s. While eye-watering energy bills have understandably been put front and centre, the cost of housing – the single biggest living cost for most – has received comparatively little attention in mainstream political debate. This is despite the fact a house price boom and spiralling rents have come after a decades-long housing crisis, in which rents have inflated, insecurity in housing has grown and rough sleeping has increased drastically.

Housing policy in the UK has long focussed on a couple of core objectives: the numbers game of building more housing; and supporting homeownership – or often supporting those with housing wealth. These objectives aren’t absolutely everything, housing policy is often be guided by other goals. For instance, the cost-cutting and prejudice behind the government’s ‘bedroom tax’ or palliative reforms to make the private rental sector more liveable such as the cap on tenant’s deposits. Nonetheless, the overriding goals of fostering a coalition of homeowners and encouraging more housing development – often to the exclusion of other priorities – have long been at the centre of Britain’s model of housing.

From the mythology surrounding Harold Macmillan’s achievement of building 300,000 new homes a year to Harold Wilson government’s aim to deliver half a million new builds a year, the focus on quantity (rather than say quality or tenure type) has been at the heart of government decision making. This approach is still very much with us in the modern era. From Labour’s 2015 pledge to fix the crisis through increased building, to the adoption of an official target of 300,000 a year by the Tories in 2018 and the Johnson government’s attempt to increase building through planning deregulation. Government action to induce more housebuilding has long been a key mantra of housing policy.

Homeownership has perhaps been even more obviously central to the politics of housing for decades. This is clear from the countless party manifestos emphasising the primacy of homeownership, its benefits to society, its majoritarian nature and the supposed advantages of selling off council homes to foster homeownership. Homeownership was fatefully dubbed the ‘British dream’ by Theresa May in 2017, while Johnson placed the same emphasis on homeownership earlier this summer. This kind of attitude has much broader appeal across politics and government. Even Labour’s John Healey, unveiling the party’s 2017 election policy, made similar pronouncements – declaring that helping young prospective buyers would be the party’s “first priority” and promising them a tax cut.

Neither of these aims are objectionable. More housing is needed – and in particular we urgently need to build much more council housing. Homeownership, though it can often come at the price of vast debt for buyers, can give much-needed security and free people from the inequities of the private rental sector.

Both the national obsession with homeownership and the emphasis on inducing more housebuilding, however, play central roles in maintaining the current system of housing – albeit in different ways. With this in mind, sketching out a socialist response is necessary to rethink housing policy in the interests of the many – rather than capital. Likewise, it is necessary to do so with the level of radicalism appropriate to the gravity of the current housing crisis.

Our current economic system treats land, increasingly, as a financial asset. With land bought and sold on the basis that ownership rights over it offer a future claim on profit generated from that land (for example from rising house prices and rents). Once this is understood it becomes clearer that housing under capitalism is treated as capital, generating returns for its owners rather than being organised around meeting people’s needs. While the process of land being made into an income-producing asset is longstanding, it gathered pace with the house price boom beginning in the 1970s, the move to a new economic settlement under Thatcher and the sell off of much of the council housing stock from the 1980s.

Building more homes, while absolutely necessary to meet people’s housing needs, also serves to facilitate accumulation. Building by developers, often subsidised and incentivised by government policies, creates new assets for purchase as investments. Support for homeownership on the other hand, while helping many of its beneficiaries achieve more economic security, has served to maintain a big enough coalition of homeowners with an interest in the market and a perceived interest in rising house prices. This gives just enough people just enough of a stake to secure popular acceptance for this system of housing – despite the deep injustices that run through its heart.

Measures ranging from the Help to Buy scheme, Right to Buy and other incentives and subsidies for buyers and owners support homeownership while adding to the inflation of house prices and rents. But more than aiding homeownership many of these policies facilitate growth in housing wealth, widening the gap between housing haves and have-nots.

Despite depictions of neoliberalism as a ‘free market’ system in which the state is relatively passive, intervention in the housing market is longstanding and normalised. Whether to curtail homelessness and poor housing or to facilitate growth in housing wealth, state action has routinely been employed in the housing market, including in periods associated with a ‘small state’ such as the Victorian era and the period since the height of Thatcherism.

Accounting for this, it becomes clear that it is both simplistic and inadequate to call for shifts in housing policy based around increased government intervention. The state is already intimately involved in the housing market, even after a period in which government has ostensibly been rolled back. Rethinking housing policy, therefore, requires questioning whom and for what current housing policy is for.

If housing policy is geared toward building to make money for companies and investors and toward supporting levels of homeownership significant enough to keep the system going, then an alternative housing policy must turn this on its head. Goals like democratisation, egalitarianism and social utility are necessary, rather than aims that facilitate accumulation and the holding of housing wealth by a few. Democratisation because the marketisation of housing has left capital to steer the housing system, rather than the public at large. Egalitarianism because deep inequalities of every kind pervade the current housing system, throwing up barriers to happy and fulfilling lives for millions. And social utility because we would better provide life’s essentials on the basis of need, rather than leaving the fundamentals to the vagaries of the market.

While housing seems to perennially be in crisis, this doesn’t mean that little can be done. Bold and decisive action, motivated by new and better priorities, can achieve significant progress even within the confines of the current system. This can include steps in the direction of a new society grounded on justice for all, democracy and generating social value.

What might this look like in practice? Council housing offers one major avenue for securing these aims. Council housing offers deeper security, in which tenancies are stable and open-ended, rents are significantly lower than market rates and evictions for arrears are comparatively uncommon. Building more social rented housing (especially council housing) and bringing more of the existing stock out of the market is essential for developing an alternative to our deeply commodified housing system.

By taking more of the housing stock into public control we can open up opportunities to democratise the housing system. By bringing levels of public housing to a surplus, a significant but feasible task, the threat of homelessness and of forcing people into poor-quality, insecure accommodation can be eliminated. When coupled with ‘tenant control’ and delivered at sufficient scale, expanding council housing can amount to what Andre Gorz called a “structural reform” – a reform capable of shifting the balance of power in society.

Other measures that would help address the crisis, and in ways that can open up possibilities for systemic change, could include a ‘housing guarantee’ – a guarantee of decent housing for everyone – supporting collectively-run approaches to housing and construction and addressing landlordism (or at least the explosion of ‘buy to lets’).

Solving the housing crisis requires addressing its root causes – an economic system built around private and concentrated economic power. This may not be happening soon. But, with popular dissatisfaction reaching new heights this winter, there is a chance we can take meaningful steps in the right direction. 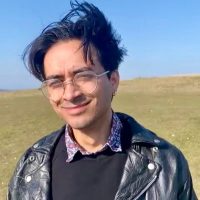 Adam Peggs is a writer and campaigner based in South London.

View all articles by Adam Peggs