Labour’s parliamentary selection process is under major scrutiny – and for good reason. Across the country, local left-wing candidates are being blocked from standing after ‘due diligence’ interviews with Labour Right national executive committee (NEC) members and factional staffers. These interviews are supposedly about ‘quality control’, but the disproportionate numbers of candidates on the left blocked from standing – while candidates on the right with questionable records breeze through the process – tells a different story.

In an op-ed for LabourList last week, Labour to Win NEC member Luke Akehurst defended the process, saying that the blockings are about ensuring “all candidates reach a minimum level we are happy to have in front of the public”. Luke’s claims are completely undermined by LOTO’s own briefings to the press that they are indeed purging the left from selections, with an ‘heir and a spare’ for each seat. Nonetheless, it is worth going through Luke’s arguments in detail to expose just how tenuous his claims are.

First off is the question of ‘quality control’. Luke argues that to – stop the selection of candidates with “skeletons in their cupboards” who will likely be exposed by the press, thus causing reputational damage to the party – candidates must be screened prior to being put to the members. If they are found to fall short of the standards set, the thinking goes, the candidates will be blocked from the longlist.

One would think that it might apply to Darren Rodwell, a white candidate on the Labour right who said, at a Black History Month event, that he has “the worst tan possible for a Black man”. He continued: “But I have the passion and the rhythm of the African and the Caribbean.” Cue a hail of negative press stories for Labour. But, despite Rodwell’s racially insensitive language, the Labour to Win NEC member on the panel repeatedly let his candidacy through.

Meanwhile, across the country, left-wing candidates – including council leaders and deputy leaders like Doina Cornell and Maya Evans, ex-MPs like Emma Dent Coad and anti-racist activists like Maurice Mcleod – are blocked. The reasons cited are banal verging on inane: once liking a Caroline Lucas tweet; liking a tweet calling on Labour to be bolder in its economic policy; and giving a quote supporting a green new deal are just some of the examples given by the party.

Take Lauren Townsend. She entered politics through launching a union drive at her workplace TGI Fridays. From there she got involved in the Labour Party, eventually becoming a councillor in her hometown of Milton Keynes. She decided to run to be Labour’s next MP for Milton Keynes North with the backing of the leader of the council and six affiliated unions, including UNISON and Unite. A working-class socialist, who cut her teeth in the trade union movement before making change in local government. Is there a better description of the kind of candidate Labour needs?

She was at least owed a chance to put her candidacy to the membership, not least given the now freely-disregarded rule guaranteeing trade union-backed candidates a place on the longlist – but Townsend was blocked by the party machine. Apparently ‘liking’ an innocuous Nicola Sturgeon tweet is reason to stop someone being longlisted. This isn’t ‘quality control’ – it’s a purge. With senior Labour officials like Morgan McSweeney and Gurinder Singh Josan committed to using their positions to destroy the left within the party, it’s sadly predictable.

It’s not just Momentum-backed candidates at risk. This week there was controversy in Bolsover as local members raised the alarm over the Labour regional executive allegedly favouring one candidate, while in Boris Johnson’s seat yet another local selections committee was dissolved by the out-of-control London Labour regional executive, with the Co-op Party-backed candidate’s overwhelming victory in branch nominations declared “null and void”. Even after publication of the Forde report, Labour’s bureaucracy is clearly engaged in political attacks on its own membership. Michael Crick, a journalist following selections battles, termed the process “verging on corrupt“.

It is no surprise, then, that members aren’t particularly “enthused” by Luke’s approach to selections – despite his claims otherwise. In Wakefield, Sedgefield, Camberwell and Peckham, Stroud and Kensington, local candidates being blocked has led to resignations and demoralisation amongst party activists, the very people we need knocking doors come election time.

But the consequences of this deeply authoritarian behaviour echo far beyond the party. The Tories have left our country in a perilous state: low wages, failing public services, rampant inequality and ever-worsening climate breakdown. We desperately need politicians with bold policy answers to these crises and the courage to make them reality. Rebecca Long-Bailey is an example of an MP who took a lead on producing Labour’s ‘green industrial revolution‘ – a landmark climate policy in the western world. But under the current leadership, it is highly unlikely that she would make it through to the longlist.

Rather than promote working-class candidates, trade unionists, local candidates with their ear to the ground, the blocking process shows the Labour right are intent on reviving a discredited professional political class. As Michael Crick remarked, just one of the first 40 candidates selected can be termed working-class. Meanwhile, the Labour machine undemocratically clears the way for pollsters and housing developers from London as their chosen ‘heirs’ for seats.

Labour was founded by trade unions to be the voice of the workers in parliament. But we now risk returning to the New Labour years, where the public grew disillusioned with an out-of-touch political class well to the right of them on key economic issues, jumping from parliament to jobs with six-figure salaries as lobbyists in the private sector. This is the kind of politics Luke and the ‘Labour to Win’ faction want back. But ordinary Labour members and trade unions don’t. There is a broad front emerging in the party against the blockings – and for a modern, democratic party that supports workers in struggle.

We must now translate that spirit into real change: John McDonnell’s demand for independent oversight of the selection process offers a key demand, in the spirit of the Forde report, to rally around. We call on all wings of the labour movement to back it. For our part, Momentum will continue to expose this unjust purge, support socialist MPs and candidates seeking (re)selection and organise at the grassroots; Ian Byrne’s victory in West Derby despite alleged irregularities shows that crucial wins are still possible. Facing financial challenges in this difficult landscape, we are asking our members and supporters to support our work. 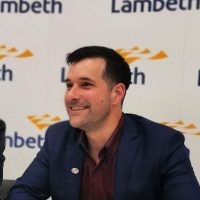 Martin Abrams is a Labour councillor in Lambeth, London, and a London and Eastern region representative on Momentum's national coordinating group.

View all articles by Martin Abrams