Yesterday’s ruling by the Advertising Standards Authority (ASA) on DECC’s climate change ads is being flown as a flag of victory by right wing deniers across the blogosphere. John Redwood shows the shallowness of the ‘vote blue, go green’ message in his blog, when he writes that “we do not need the government wasting our money trying to brain wash us into agreeing with their warped view of the world.” UKIP MEP Godfrey Bloom explains that “our view [that man made climate change does not exit] has been vindicated by today’s ruling”. Even the ‘balanced’ BBC is running the headline ‘Climate change ‘exaggerated’ in government adverts’. Time those of us who have been concerned about climate change to stop worrying and book ourselves an exotic holiday then?

Maybe, if that’s what the ASA had said. But it’s not. In fact, the ASA actually threw out 9 out of the 10 objections placed by the climate changes deniers. They agreed with DECC that “there was extremely strong evidence for human induced climate change whereas no national or international bodies with climate science expertise disagreed”, that “over 40% of the CO2 was coming from ordinary every day things like keeping houses warm and driving cars” was unlikely to mislead, and that “the story-book images of a dried up UK river bed and a flooded UK town and the mention of “awful heat waves” and “terrible storms and floods” was a narrative about what could happen in the UK in the future, given the scientific projections based on current trends and unlikely to mislead”.

Out of the 10 points made by the climate change deniers, the only one that was upheld related to the precise level of certainty behind predictions of extreme weather events in the UK, and whether the words ” will become” imply a 90%, 66% or 50% likelihood. Although The Intergovernmental Panel on Climate Change concluded in its most recent report that there was a greater than 90% per cent chance that heavy rainfall and heatwaves would occur more frequently over most land areas globally during this century, it is more difficult to make specific predictions about the occurrence of extreme weather events in small geographical regions of the world, such as the UK. This doesn’t mean that extreme events in the UK will not increase in frequency and severity, only that our ability to estimate future changes is limited at present. In other words, the ASA agrees with the view of the IPCC and most green groups.

The fact that the newspaper headlines seem to tell a quite different story shows how well organised and how much muscle the climate sceptic lobby has. It doesn’t make them right though. Far from being time for environmental campaigners to head off to the sunset, today’s ruling should make us more motivated to act – to be even more robust in challenging the skeptics when they get the science wrong, and the media when (like yesterday) they get the headlines wrong. Today the sceptics might have won the battle for the headlines, but the ruling still rejected their views in favour of mainstream scientific and environmental opinion.

Melanie Smallman is the national co-ordinator of SERA. 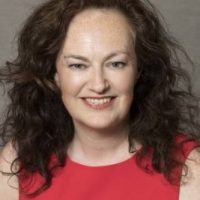 Melanie Smallman is co-chair of SERA, Labour's affiliated environmental group. She is also a professor in science and technology studies at UCL and co-director of UCL's responsible research and innovation hub.

View all articles by Melanie Smallman