Money for Nothing
Quite a few economists – and almost the entire population – are under the mistaken impression that bank deposits precede credit creation, and that banks ‘lend out’ the deposits they receive, leaving a fraction in reserve. In fact, such ‘fractional reserve banking’ has long ceased to exist.

The reality of modern banking is that credit institutions – as banks and building societies are now formally known – create credit based upon a ‘cushion’ of financial capital specified by the Bank of International Settlements in Basel. This credit is instantaneously deposited in a recipient bank account, either of the bank itself, or another bank in the system which maintains the recipient’s account.

Banks must procure the deposits they need to balance their accounts from a shrinking (since wealth has become increasingly concentrated in the last 30 years) retail deposit base, and increasingly from wholesale deposits in the interbank market. When this wholesale market seized up in the Credit Crunch the central bank stepped in as ‘lender of last resort’.

Even among those relatively few who do understand some of the workings of modern banking – whether supporters or critics – there is a belief that all of the credit created by private banks constitutes interest-bearing loans to borrowers. In fact banks not only create credit when they lend but also when they spend by crediting the accounts of suppliers; staff; management and even shareholders in respect of dividends.

Most importantly in the context of the Public/Private discussion which follows, private banks may also create credit when they acquire income producing assets – in particular when they acquire the debt (gilts) which the Treasury issues to ‘fund’ its public expenditure.

The outcome is that most of our money comes into existence when banks create credit by lending or spending, and simultaneously creating a ‘demand deposit’ or Bank IOU held by the recipient borrower or supplier.

So the answer to the monetary ‘Chicken and Egg’ question is that the Credit chicken precedes the Deposit Egg – and not, as most schools of Economics assume, vice versa.

Fractional Reserve Banking is a myth and numerous other economic myths associated with this assumption die with it.

So much for the monetary chicken and egg question – what about the fiscal one? Does taxation give rise to spending, or is it the other way around?

Tax-payers Money
The conventional ruling ideology – and the enormous cloud of rhetoric based upon it – is that ‘taxpayers money’ is collected and spent. Note here that by definition the Public Sector cannot ‘invest’ since investment is to all intents and purposes defined as being made by legal persons – individual and corporate – which in combination make the Private Sector ‘Private’.

The reality is very different.

The Treasury spends money by instructing the Bank of England to create and spend Public credit on its behalf, which is then instantaneously deposited in the accounts of recipients. Rather than leaving it at that, the Treasury chooses to ‘fund’ that public expenditure by issuing and selling debt – ‘gilts’ – which is purchased by banks who create credit (as explained above) for the purpose.

The payments made by the Bank of England on behalf of the Treasury gives rise to income received by millions of public servants. The outcome is that public servants become ‘tax-payers’ without the money which paid them having been anywhere near the Private Sector.

In other words the conventional wisdom and rhetoric concerning Taxpayer’s Money is baseless.

The Myth of Productivity
Taxation of public servants relates to work carried out by productive civil servants who are providing services which the population have democratically decided through their representatives are necessary.

A nurse does not become magically ‘productive’ when he/she moves from the NHS to a private hospital. A tax demand from HMRC and an invoice from a private supplier are functionally equivalent, the only difference being that public services do not require an additional payment to shareholders.

While I agree that public services could be carried out more efficiently, public servants are certainly by any standards productive: just not productive of profit for shareholders. Orwell would have been proud of the way that apologists for shareholders have hijacked and perverted the language of ‘productivity’.

While an enormous amount of economic activity takes place outside the Public sector, this relies upon a flow of credit created by Private banks, and upon investment by shareholders, both of which are in short supply.

Moreover, in recent years, for ideological reasons, an increasing amount of public expenditure on services is now carried out by private enterprises, and almost all spending on creating Public productive assets is carried out and expensively funded by the Private sector. This means that increasingly the private sector is being financed day to day by the Public credit. This in due course also gives rise to tax payments by them to the Treasury, completing the circle.

A considerable part of the payment to private sector suppliers – ie the profit in excess of costs – is extracted by ‘unproductive’ shareholders, while a massive amount is extracted by equally ‘unproductive’ landlords as rent for the use of UK land. Both of these unproductive constituencies benefit from privileged property rights which give rise to unearned income and gains, which go largely untaxed.

Coalition Cuts
To cut public expenditure on productive assets and productive public and private sector employees under current circumstances is like applying leeches or cutting off the limbs of a patient bleeding to death internally. Cuts should instead be applied to the truly unproductive sectors.

Existing imbalances in income in the UK, while less than in the US, would be completely incomprehensible in more equitable societies such as Japan and the Nordic nations where top management receives a relatively low multiple of that earned by the lowest paid staff.

There are great savings to be made by cutting UK public and private sector managerialism which has seen outrageous nest-feathering both by management and by the parasitic professional consultocracy with which it is integral.

But the greatest savings to be made are in funding costs.

The simple fact is that Treasury spending does not need to be funded by the issue of gilts. The proof of this is QE, where Public credit is being created and used to buy previously issued gilts. All this achieves is to replace one – interest-bearing asset (gilts) with another non interest-bearing asset (demand deposits of virtual cash/IOUs). It does nothing at all to ensure that credit reaches the productive real economy.

There is an Alternative
The alternative is for hundreds of billions of Public credit to be created and issued over the next few years as required for the creation of affordable housing; renewable energy and energy savings projects; a new generation of infrastructure; and above all to give our population – particularly the excluded younger generations – the knowledge, skills and capabilities required to create these assets.

The creation of such Public Credit would be managed by professional service providers with a stake in the outcome, under the accountable and transparent supervision of a Monetary Authority. We would then see the transition of Banks from creators of Private credit to managers of Public credit creation.

Once productive assets are created, then they may be re-financed – i.e. long term funded by investors such as pension funds – by credit based directly upon the use value of the assets themselves. This investment would then enable the Public credit which financed them to be retired and recycled, removing any possibility of inflation.

Likewise, the newly productive public and private sector individuals responsible for the creation of these assets would be paying tax, which would again retire and recycle the Public Credit which financed it.

So the basis of the economy could be the creation of credit based upon the earnings of productive individuals, on the one hand, and the use value of productive assets, on the other.

Good News and Bad News
The Bad News is that there is not a cat in hell’s chance that such an alternative system would ever be implemented within the existing paradigm of financial markets.

The Good News is that the pervasive spread of direct instantaneous connections is already leading to the implementation of complementary structures and solutions.

I am confident – based upon observation of the phenomenal rate of implementation in the developing world – that these solutions will make existing financial intermediaries largely redundant in the next few years.

View all articles by Chris Cook 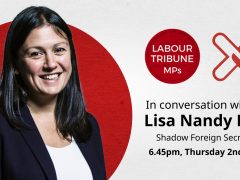 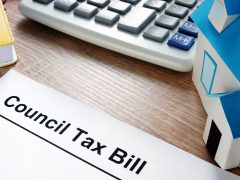 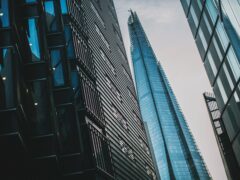