So Grant Shapps MP thinks it is a ‘no brainer’ to evict council and housing association tenant families in London who between them earn £100,000 a year. He reckons that there are 6,000 such families across the UK who he says are rich enough to be able to buy their own home and should be evicted so that they can make way for a family who is in more serious need of a home.

Well, I certainly have a number of serious concerns about this proposal which has emerged out of the blue without any consultation or thought to the consequences.

With typical tabloid-style reasoning Mr Shapps raises the spectre of RMT trade union leader Bob Crow who earns £130,000 a year but still lives in a council house in north London. Interestingly, Mr Shapps can name no other high-earning individual or family to make his case and his argument rests entirely on the personal circumstances and choices made by government ‘hate-figure-in-chief’ Mr Crow.

But the facts of these so-called ‘high-earning’ council tenants are a million miles from the isolated Bob Crow example.

A more typical ‘high-earning’ family is the one living in every London constituency in a 2-bed council or housing association flat where the parents both have middle income jobs earning £25,000 each and their daughter and her fiancee, again both earning £25,000, are saving for a deposit on their first home. Does Mr Shapps really think that this family is ‘rich’?

Does Mr Shapps really expect tenant families like this to reveal their incomes if it means that, by doing so, they will be evicted if they are thought by the government to be earning too much? And how many people will decide not to work overtime or go for promotion if it means that they will creep over the £100,000 threshold and face eviction?

If tenants have to reveal the income of all family members living in their home, will it include the state pension of an elderly grandparent living with them? And will the meagre earnings of the teenage daughter with a Saturday job also be required to be included, too? Real life is very different from Mr Shapps’ easy headline grabbing and ill-thought out policies. So far he has failed to answer any of these points.

Or will local councils and housing associations be told to make assumptions about their tenants’ income and then to evict those families who they estimate to be ‘wealthy’?

They will end up in private rented accommodation paying a lot more in rent.

And how did this £100,000 figure come about? Was it the result of research or is it a convenient figure that will guarantee tabloid headlines?

What happens when Mr Shapps’ successor decides that £100,000 is the wrong household income to use as the basis on which to decide who goes and who stays and that a more realistic figure would be, say, £80,000? How many more people will be evicted so that ‘more deserving’ people can be housed because there aren’t enough social rented houses to meet the demand?

This has got nothing to do with the ‘rich’ against the ‘poor’ or tackling ‘unfairness’. What Grant Shapps is doing is pitting those on average incomes against those with low incomes. But why should hard-working, average middle-earners who play by the rules and get a job and look after their family, be blamed for the failure of the government to tackle the housing crisis?

This is no way to tackle the country’s housing crisis. The government should do the obvious and simply build more homes for social rent. We did it after the Second World War when this country was in dire financial straits.

This is a national emergency today and it requires a mission of similar proportions and importance. 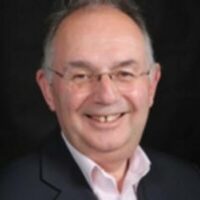 Paul Dimoldenberg has been a Westminster Labour Councillor for more than 30 years, including serving twice as leader of the opposition. He is now cabinet member for city management and air quality in the first ever Labour administration in Westminster.

View all articles by Paul Dimoldenberg