Ed Miliband’s speech this week applied the idea of responsibility to welfare reform. His speech caused some furore, and so it should: this is important. Yet Ed was not ‘benefits bashing’. He categorically stated: “I do not accept the Conservative characterisation of those on benefits as being feckless and worthless” and is strong in his message that we cannot build a society in which we all take responsibility for each other’s wellbeing if there continues to be such a divide between those at the very top and everyone else. This is surely an argument that we, as a party, should be taking to the public.

However, the tone of some of the speech was badly misjudged. Opening with an anecdote about a man on incapacity benefit about whom he was convinced “there were other jobs he could do” left him far too open to the interpretation that he was benefits bashing and pandered too much to a Daily Mail-reading audience.

But something else also emerged from the speech, and that too was most starkly shown in his opening example. Here was a man on incapacity benefit; a benefit that doesn’t even consider ways to help an individual find work. Rather, it ignores the majority of people with disabilities who want to work and, thankfully, it is a benefit that is being replaced. Its replacement, Employment and Support Allowance – introduced by the last Labour government – aimed to address these failings and is a fantastic idea in theory, but it as been plagued from the outset by poor planning, ill-thought through regulations, shoddy assessment structures and an overall lack of resources.

This has only become worse under the coalition government. Changes mean that, for example, a manual wheelchair user is not considered to have any barriers to work as a result of their disability. It is highly doubtful whether the architects of this policy have tried to navigate a public transport system or access many workplaces using a manual wheelchair. In short, ESA could allow people with disabilities to live the life they deserve, with greater independence, and playing more of a part in the community; but to date, it has never been fit for purpose.

To address this, the Labour Party should develop a positive vision for supporting people with disabilities. We should be acknowledging that disabled people (and many others, for example lone parents) face significant barriers to finding, and keeping, a job and that, crucially, the state has a role to play in supporting them to overcome these barriers. But not only that – we should be redefining the narrative on welfare and arguing for a universal system that supports people when they are in need and looks creatively at ways to support those who are at the most disadvantage to find work that works for them. We should also be acknowledging that employers too have a responsibility to change their practices to accommodate people with disabilities; not out of charity but because of the qualities they can offer as employees.

Responsibility takes many shapes but should be central to this vision. Some people will not be in a position to take on full time work, some will need support to work, many carers will need to leave their jobs to support their loved ones and the state has the responsibility to support them without equivocation. But it is a paternalistic view of disability that writes people off people and says they cannot, in many differing measures, exercise responsibility and play a full part in our society. And the state, society and the Labour Party should all be there to support them to do this.

Tim is a Law graduate and spent 2007-2008 in Toronto studying for his Masters in Law in the areas of international development and human rights. Returning to the UK, he joined the Labour Party. He is currently getting himself involved in his local party and also works on the campaign for Labour in Rochford and Southend.

View all articles by Tim Nicholls 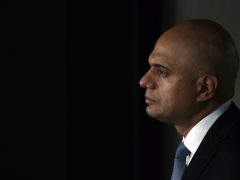 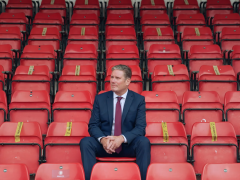