I can recall few events that have devastated me as much as Norway’s terrorist atrocities. I’m far from alone. I confess that I cried when I saw the island where dozens of young Norwegian socialists – as young as 13 years old – were gunned down by the right-wing extremist Anders Behring Breivik. As soon as you see that tiny island – with no escape but the water surrounding it – you can instantly imagine the horror and desperation of the nightmarish 90 minutes of Breivik’s murderous rampage.

Norway has been traumatised by the initial bomb attack in Oslo and the subsequent massacre of teenagers. It has no experience of this form of violence. But the way it has reacted is nothing short of inspirational. Finally, the world has been gifted with a model response to terrorism.

The Norwegian Prime Minister Jens Stoltenberg did not stand up and speak of revenge and retaliation. Unlike George W Bush, he did not bellow: “We’re gonna hunt you down” or pledge to “smoke them out of their holes”. He did not promise a crackdown on civil rights and democratic freedoms, which were rolled back in the aftermath of terrorist attacks across the Western world. There was no threat of a spiral of violence that would end up with even more bloodshed; no following the terrorists’ script by allowing (or using) their actions to subvert and corrupt democracy. Instead he promised to respond with “more democracy”, “more humanity” and “more openness”. We must all learn from Norway.

Contrast Norway’s response to the posturing of some in Britain. The Sun’s initial front page described it as Norway’s 9/11 and implicated Islamic terrorism: topping off a dire few weeks for News International. While Twitter was full of horror and solidarity at Norway’s events, hard right Labour MP Tom Harris saw an opportunity to score a political point at the expense of his enemies: ‘Even after Oslo, we’ll still have the apologists for terrorism saying it was caused by “foreign policy” or by “disrespect to the Prophet”.’ There was no evidence “Islamist” terrorists were involved, but Tom felt it was the appropriate time to take on the supposed muesli-eating neo-appeasers he detests. I am ashamed to be in the same Party as Tom Harris.

The speculation about “Islamist” terrorist involvement had costs: reports came from Norway of Muslims being harassed in Oslo. But, as it turns out, the gunman was a supposed “Christian” with far-right views who himself detested Muslims. And I say “supposed ‘Christian'” because these despicable acts have as much to do with Christianity as other terrorist actions have to do with Islam.

The far-right has been growing in much of Western Europe for many years, and we will soon find out if this is part of a broader plot. If so, the gutwrenching atrocities in Norway could mark the beginning of a new horrifying phenomenon.

But, today, we must all stand in solidarity with the people of Norway and with the families of the young Norwegian Labour party members – and pay tribute to a government that has responded commendably to these unbearable atrocities. 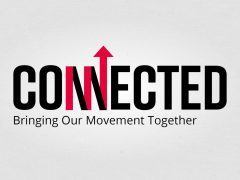 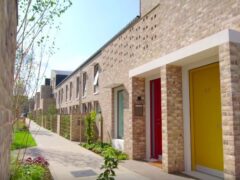 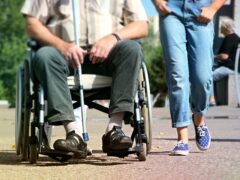