After two weeks of extraordinary events surrounding our media, our police and our politicians, yesterday saw Rupert Murdoch withdraw his offer for BSkyB. He did it under enormous pressure, not out of the goodness of his heart.

He did it because it became clearer and clearer that his empire was in danger. Certainly there was the threat of contagion to his other UK holdings, but senators and journalists in the US were starting to question whether vicitms of 9/11 had their phones hacked by News International too and the crisis shifted from a problem to a potential disaster.

There could have been no more astonishing conclusion than six political parties coming together unanimously in parliament to oppose the BSKYB bid and call for a full, judge-led enquiry. It was a mannerly affair, a consensual, constructive debate.

Nonetheless, just how far do politicians want this enquiry to go? Just how much power do they want the media to lose and by proxy, how much power are they prepared to see slip away themselves? Are they really ready to give up on the symbiotic relationship that has served them or destroyed them? Are they really united in their desire to root out corruption and bias wherever it was allowed to multiply? I suggest from the reaction to Gordon Brown’s speech in parliament yesterday that they are not.

I’ve read the transcript of Brown’s speech very carefully – several times over. He maintains that he has evidence to back up all of his claims – the problem is they were claims that went to the very heart of government – both his and our current coalition. It was uncomfortable evidence that suggests successive governments have been all but blackmailed by the press in order to push certain policy agendas in exchange for favour.

Anyone who finds this surprising or shocking must live in a different world to me. Anyone fighting any kind of injustice in society, probably has their own views on the influence of the media, but overwhelmingly we speak of “policy designed for the Daily Mail” and “Murdoch’s smear campaigns.” If the Tory MPs screaming so distastefully at an ex-prime minister yesterday don’t think that the judicial review needs to look into these issues, then I doubt their commitment to really addressing alleged media corruption.

I’ve never understood why we allow our print media to support a particular political viewpoint. Why is it that just before an election, our media line up in their separate camps and decide to tell us who to vote for? If there is a point of law I’m unaware of, perhaps someone will enlighten me, but just how is it in the public interest to seek to influence the outcome of general elections? Why do we need them to tell us what to do? Why must we learn of policy through their prism, why may we not be allowed to decide for ourselves?

An even more uncomfortable truth – and the truth that I believe Tory MPs found so unpalatable yesterday – is that our press, allowed to favour or destroy – are overwhelmingly right wing.

They always have been, this is not a new phenomenon. The Zimoniev letter was a forgery from 1924, printed by the Daily Mail just four days before a general election, claiming that the then Labour leader, Ramsay MacDonald was a communist. Labour lost the election before anyone could prove the letter a fake. This is nothing new, Margaret Thatcher courted the media just as Blair and Brown had to. To win, to stay relevant, to share policy, any political party had to dance with the media devils – until yesterday, they had little choice.

Through history however, Labour have had few media friends. Is this because the “public” don’t share Labour values or because the staggeringly wealthy handful of men who own our media do not? Apart from a few early Blair years, the Labour Party has had to fight media bias to get any kind of message in front of the public. Conservatives love to dispute this, but the facts speak for themselves.

In the Blue corner, we have The Daily Mail, The Sun, The News of the World, The Times, Sky News, The Telegraph & The Express. In the Red corner, we have The Mirror and The Guardian. It is telling that those on the right often complain about bias in the Independent and the BBC too – presumably so startled by a balanced view that even that seems too far from the right wing placebo they are used to? Is it any coincidence that it is the Guardian who have fought almost single-handedly to bring phone-hacking to light?

It will always suit the right to have a “cosy” relationship with the press, who, largely share their agenda. It will never, ever be “cosy” for those on the left.

Oh my! But this is not popular at all! This is “partisan” this is just “sour grapes” from a tribal leftie. If there is a bias in our press, then we are to battle it selflessly, accept the will of a “free” market. Convenient isn’t it when you stand to benefit from that very bias. Labour tried for decades to win without the right wing press and history shows us overwhelmingly that it just can’t be done. It was after all “The Sun Wot Won It” in 92.

Labour undoubtedly tried to play the Tories at their own game between 1997 and 2010 and it was often horrible to watch, but did I think there was any alternative? Did I think we could stay in power without Murdoch or Associated News? No. Did we start to design policy with these publications in mind? Overwhelmingly I believe the answer is yes. Is it the way we should go forward, just because it’s always been done that way? I see no good reason why we should.

If I had any say over this enquiry, I would be asking for political bias to be considered. I would ask if it were possible to stop our media from “choosing sides” in a general election and wondering if the same standards could be applied to print journalism as are applied to television journalism. I suppose the answer will be a big fat laugh. Cries of “It doesn’t work that way” “restricting a free press” “it could never be done” will be trotted out.

Still, I live in hope. Last week, few would have predicted we would be where we are today. Surely it is possible for once to question whether a few powerful men should get to influence how we vote? However, without the will of politicians to make it happen it will be conveniently tucked away in the box marked “not in our interests”. Why would Conservatives want to give up a system that has largely kept them in power all through history? What on earth would persuade them to alter a system of power and influence so keen to support them? Only pressure, public desire and total independence from this far reaching judicial enquiry into phone hacking.

I won’t hold my breath. 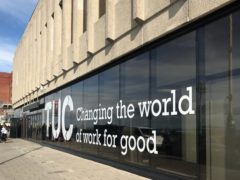 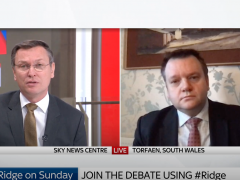 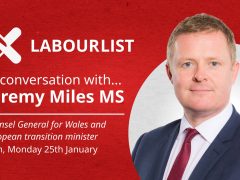