Picture the scene. Two 15 year olds caught up in the riots. Both enter a building and steal something, no violence involved but it’s clearly burglary. Both are caught by CCTV, arrested, charged, and brought before the Courts. Both are sentenced to 6 months in jail. The justice system has worked.

What does justice have to say about this? Both have been dealt with, punished seriously for their crime. Both will have the blight of a criminal conviction and prison sentence hanging over them for years to come. But it’s fair treatment.

The first boy, when released, will return to his family in their family home and try to take up his life. There is some security and stability as he rebuilds. It’s hard but possible.

The second boy, when released, finds that his family has been evicted by the council from the family home because of his crime. They were declared intentionally homeless, so they won’t be rehoused. They have taken two private rented rooms in a shared house at a cost of nearly twice the council rent they were paying. Dad thinks he can’t afford to keep working. The youngest child is bedwetting, a result of the trauma of eviction say the medics. Mum is suffering from depression and is struggling to keep her job. They are not able to take the oldest boy in. He drifts off to stay on someone’s sofa. There is no security and stability from which to build. It’s very hard and it feels almost impossible.

What does justice have to say about this? None of this is fanciful; anyone involved in housing knows that this story reflects the reality.

There is no doubt that the mood is about retribution. Polls show that more people want tenants evicted than don’t. But neighbours who are home owners or private tenants probably don’t want anyone convicted of a serious crime living next to them either. And the determination of some councils to evict, and the government’s determination to make it easier for them, will not apply more generally to your common or garden murderer or rapist or burglar.

It may allow politicians to sound tough. It may be what people want. But it isn’t justice. It’s double punishment, it’s guilt by association, it’s discrimination on the grounds of tenure, pure and simple.

Labour, nationally and locally, should have nothing to do with it. 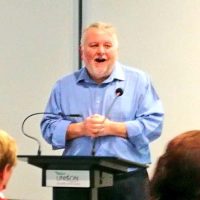 Steve Hilditch is a founding member of the Labour Housing Group and co-founder of the Red Bricks blog.

View all articles by Steve Hilditch