One of the really desperate things about politics is watching the ever present dichotomy between people who deny that there are any lessons to learn about anything, and people so keen to impress ‘lessons’ on others who ‘need to listen’ that they are able to extrapolate any event to a level of completely unjustifiable profundity. Strangely, most of the time, people tend to believe that they are right, and have some special insight. Natural, sure, but to be cautioned against.

I spoke to a shadow cabinet minister yesterday who believed that Labour had the votes (or as we call them before they are converted, ‘promises’) necessary. In fact, concessions of defeat, even anonymously, only started appearing at the count. It was a bit of a shock result, rather than one that was predictable. The campaign had been run reasonably well from a national point of view, but the sort of politics that applies to most of the country doesn’t so easily apply to Bradford.

It’s become a hand-wringing fest already. Primarily, there are three groups of people who are wrong:

1. Conservatives
The argument:
“Bradford West shows that Labour is not an effective opposition. Ed Miliband needs to go. Conveniently.”
The answer
So I shall expect to see Respect making up the official opposition in 2015, shall I? Perhaps the Government should be worried about the rise of Galloway, the people’s champ, with his unstoppable political party, plugged right into the mainstream. Come off it.

2. The Hard Left
The argument
“This proves that the left can win elections, and that working class voters are deserting to them”
The answer
I have sympathy with this view, but if anything, Galloway makes me more sceptical of it.

George Galloway did not run on a platform particularly to the left of the Labour Party. Much of it was related to the Iraq War (which Ed Miliband says was a mistake and has made an apology for). What were the views of the Labour candidate on the war? Anyone know? What about Galloway’s constant appeals to the idea of being a ‘champion of Muslims’? Does this really represent any kind of socialist outlook, stereotyping a whole religious grouping and deliberately using that to stoke tension? Nope. If this was a victory for any political philosophy, it was opportunism. In any event, before leaving the Labour Party, Galloway wasn’t even on the hard left of it, despite some Stalinist sympathies. Funny how that changed when he needed support from the SWP. Just saying.

In the absence of a left platform, left rhetoric, or a left strategy, it’s a bit difficult to represent support for Galloway as support for the left. If anything, it proves that people who are pigeon-holed as lefties have to run communalist campaigns to win.

3. Anti-leadership Blairites
The argument
“Bradford West shows that Labour is not an effective opposition. Ed Miliband needs to go. Conveniently.”
The response
Yeah, but has there been a major public utterance by any politician of any party since 2010 that you have not claimed gave irrefutable weight to your argument? We lost this one ten points ahead in the polls. If you think Bradford changes all that, all I can say is, good luck running a campaign in Bradford West against George Galloway, with a former Brown Foreign Secretary as your leader.

Palpable nonsense, anonymously briefed to the press at any available opportunity, for completely selfish reasons. Though I did notice that they weren’t around for the ten point poll lead to tell us all that Ed is a good lad and should definitely stay. So should they be trusted as sources of insight?

Many specific local circumstances about Bradford were raised as part of Galloway’s campaign – once again, nationwide, councils tend not to be run like this. Then we come to the disproportionate influence of community politics and family voting in many South Asian communities, including among those of Kashmiri background and heritage in Bradford. This means that ‘community leaders’ and respected senior figures people play an enormous role regardless of party (whatever Galloway says about his own efforts). This plays back into the idea of stitched-up council elections. The high level of internal community cohesion and communication in areas with large immigrant populations also means that doing things which normally wouldn’t make an enormous amount of difference (for example, failing to attend a hustings) can instead end up making enormous waves.

Nobody seems to think these things have any bearing at all. What is much more important is your own agenda.

Now, maybe there are lessons to be learned. No doubt I will be accused of burying my head in the sand.

I’m not saying there are no lessons to learn. I’m saying that we could do with better ones than these. And the lessons that are there are probably far more applicable to local politics and how some local parties should be better run than they are anything to do with Labour’s political (or even organisational strategy). 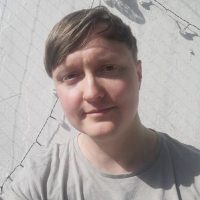 Tom Miller is a Labour councillor in Brent, London.

View all articles by Tom Miller