The food bank in my Borough is doing record business. It is tucked away in Fulham’s shrub lined streets. Walk past the pastel painted houses and polished Range Rovers, and amongst this tapestry of wealth are people humbled by their predicament into waiting for just enough charity for their families to get by – some having not eaten for days.

Nearby: local nurseries turn away 80% of the toddlers that once enjoyed the local Sure Start centres; those made homeless find services shut and government attitudes hardened; vital police sergeants have been made redundant; affordable homes are lined up for demolition; and teenagers struggle to stay in school now Education Maintenance Allowance has ended. This is a snapshot of London 2012, two years into Cameron’s austerity squeeze, double-dip recession, most conservative of governments.

Commentators of all persuasions tell us the future looks bleak. Some say it could be like this past 2017. No wonder polls indicate a persistent sense of pessimism as Britons “fear their children will be worse off than they are” and “are losing faith that governments can fix this”. That maybe explains a little, why the tufted haired Tory – who could so easily be a character from a Bertie Wooster novel – is still in the race to beLondon’s Mayor.

At least some can have a laugh during these darker days.

But these are serious times and we need serious strategies to tackle London’s challenges. There has been scant evidence of those during the last four years. Take the current Mayor’s youth violence strategy, Time for Action. In 2008 it was hailed as a cornerstone to tackling the pernicious killings we have seen across the capital but last week its author characterised the Mayor’s approach as “superficial, unserious and seeking to do as little as possible.” Or consider the Mayor’s policy to London’s emerging housing crisis which saw only 56 affordable homes started in the last six months. Even the Economist magazine, in an article supportive of the incumbent Mayor, accepts he has a habit of “losing interest” and whereas “Mr Livingstone ran London as a machine; Mr Johnson occasionally appears to forget where the levers are.”

Look across London and there is a strategic urgency for an effective government machine. Our city needs a serious approach to deliver new infrastructure and modern services to maintain its global lead in commerce, the arts and finance. We need serious strategies that deliver more and better affordable housing; lower crime; and clean, safe transport. We need to help kick start the economy by putting a little cash back into Londoners’ pockets with cheaper energy, cheaper rents and lower fares. And progressives across our city want to see child poverty, homelessness and the poisoning of our environment all taken seriously by London’s elected leaders.

This Thursday’s London elections offer a chance of change. That is the only thing that matters. The Conservatives’ offer is scarce on ambition, limited in scope and damaging to London’s prospects. Contrast that with Labour’s comprehensive manifesto that seeks to reassert London’s optimism about its capacity to deal with all its challenges. The only progressive choice is obvious.

But the outcome of Thursday’s elections will matter most to those at the crunch end of the Conservatives’ policies. A vote for Labour will give us a chance to bring new hope and tell them that, in Ken Livingstone, there’s a new Mayor in London – and this one is on their side. 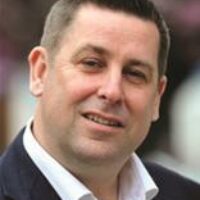 Stephen Cowan is leader of Hammersmith and Fulham Council.

View all articles by Stephen Cowan