Most of the population believe that the railways would be the same price (or cheaper) and the service would be as good (or better) if rail franchises were returned to public control, our LabourList/Survation poll reveals.

These are the final questions in a set of polling data which we’ve been revealing each day this week on LabourList, as we seek to find a way towards “Securing Economic Credibility” for the party in a way that is also true to Labour values and electorally viable. 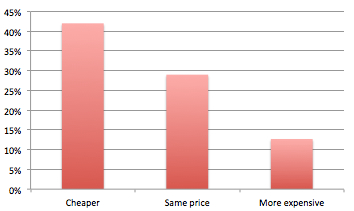 Across every age, gender, social class, party affiliation and region, the most popular answer was that public control of the railways would make them cheaper. This suggests that as the impact of rising train fares is an issue that resonates, the renationalisation of the railways, as an option the public believes would be cheaper for them, is back on the agenda. 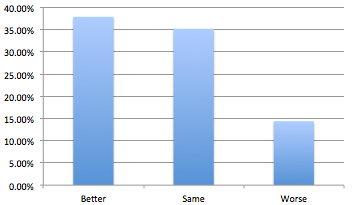 The only group who felt that the quality of the railways would decline were Tory voters. Supporters of every other party, every region, every social class and gender believed that the railways were more likely to improve than decline if returned to public control.

Clearly then, there is a case that can be made that the public would accept, both on the grounds of an improved service and lower costs, for returning the railways to public control. The question is, would the party be willing to commit to renationalisation ahead of what will be a gruelling election campaign where spending is likely to be the key question. The answer, evidently, is no.

Therefore an alternative strategy presents itself, and it’s one that is already being talked about by many within the party – the gradual return of the railways network into public control. Each franchise has to be renewed periodically, so rather than trying to do an expensive buy out of the franchises, a Labour government could set up a national train company – either directly owned by the state or as an ALMO (Arms Length Management Organisation) to be the preferred bidder for each rail franchise. It wouldn’t return the railways to public control overnight, but it would mean a gradual shift away from expensive private sector train companies that are heavily subsidised by the exchequer, to a public owned, public run rail network that could be cheaper, better run and better integrated.

The public support for returning the railways to the people is there, but is the political will?

Survation interviewed 1,121 adults aged 18 and over via online panel on May 24th 2013. The results have been weighted to the profile of all adults, and the data for the question referred to in this post can be found here