“A single purpose company with no shareholders and that is run solely for the benefit of customers”.

This to me sounds exactly like what a privatised Royal Mail should be. The sentence is taken from the website of Glas Cymru/ Welsh Water and describes how they have operated since 2000. I have already suggested to Vince Cable when questioning him in the Commons that this be the kind of business model taken on by Royal Mail. It is perfectly compatible with the Tory-Lib Dem Postal Services Act and successfully combines social obligations and commercial imperatives. There is nothing that I can see in the legislation that would prevent it from establishing an alternative company structure such as a Company Limited by Guarantee that was used by Network Rail and Welsh Water.

On top of which, such a model would raise capital more cheaply, without contributing to Government debt. As a “not for profit” company, all Welsh Water’s financial surpluses are reinvested in the business. Welsh Water has the highest credit rating in the sector which enables it to borrow money cheaply to finance investment. Welsh Water find it cheaper to raise capital because they are not caught up in the usual speculator driven, takeover vulnerable, merry-go-round. And under the terms of its licence Glas Cymru may not operate in sectors other than water, just as Royal Mail would be restricted in its operations.

There is no public appetite for privatisation and there is certainly not appetite for it among Royal Mail employees. In fact a July YouGov poll showed that 67% of the public are opposed to privatisation of Royal Mail and only half of the remaining 40 per cent actually support it. The public fears price rises and a less efficient service. Welsh Water has made a success of its service and kept prices relatively reasonable because profit is not the driving force. It also has a good record on investment and customer service.

Definitely a model that Labour should pledge to implement in our election manifesto. 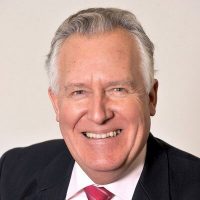