After years of calling for policies that activists can use on the doorstep, it was gratifying that conference brought them in abundance. As well as the much discussed energy price freeze, there was also the plan to build a million homes, increased childcare and the end of the bedroom tax.

And to prove these policies are intended for the doorstep – the party has produced a leaflet outlining how Labour would deal with the cost of living crisis. Whilst the energy freeze has been the main focus so far (conference was inundated with novelty ice cubes after Miliband’s speech) there’s a clear intention to focus on the broader economic and cost of living narrative in the coming months. The party are evidently feeling quite bullish about the party’s policy offer, with a Labour source telling me:

“we have more concrete policies, fleshed out in more detail and at an earlier stage than in 1997.”

Here’s the leaflet, coming to a doorstep near you: 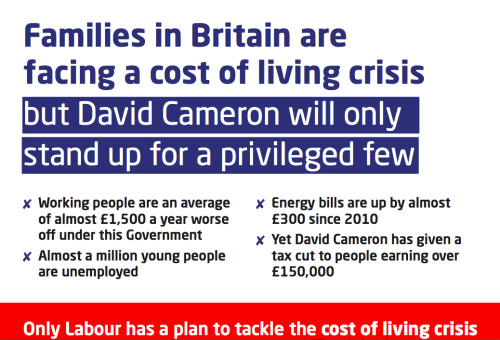 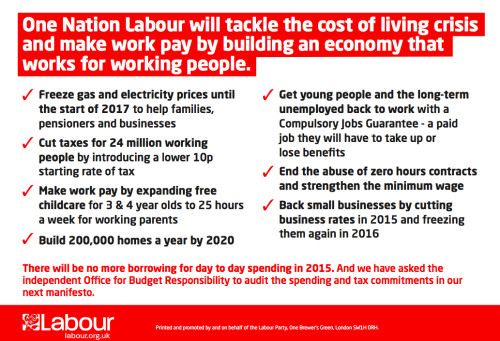