I’m sick and I’m tired. I’m exhausted and so are the legions of welfare warriors who have attempted to spread truth where there is dishonesty and compassion where there is cruelty. There simply isn’t time to go through the same well worn stages of misapprehension and mistakes all over again with a new shadow DWP team, before the 2015 election.

So here, I will attempt to fast forward in the desperate hope that we can avoid making all the same mistakes AGAIN and just move forward with policy that will not lose us the next general election. 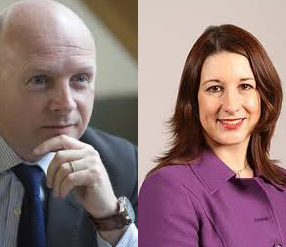 First, the new team will believe that talking tough on welfare will reverse the mistaken public belief that Labour are “soft on scroungers”. Oh, the detail might be fine. If you remove your pressure valve and read Rachel Reeves article yesterday dispassionately, there is quite a lot that was good in it. But the tone is all wrong. Let me give you an example. The “jobs guarantee”

Rachael could have said “By cutting back on tax relief for 6 figure pensions, we will ensure that everyone who has been out of work for 2 years or more is guaranteed a paid job at at least minimum wage. We care about long term unemployment and we will never return to growth unless we tackle this issue. Only those who refuse appropriate paid work will lose their benefits” (Note “appropriate, immediately reassuring all those with disabilities that they won’t be forced into slave labour they are too unwell to manage. Welfare is full of vital caveats.)

The first tries to out-Tory the Tories, be harder, talk tougher. This way, so the perceived wisdom goes, is the right approach. But it isn’t and we can accept that today or wait 6 months, maybe a year. But in the end, Ms Reeves will accept it, just as Liam Byrne finally had.

“But welfare polling is appalling!” I hear you say. Yes, yes it is. There is no question. But the “opinions” are based on lies. Lies fed to the public by both Labour and Tory governments for way too long now. Sure, this is unfortunate for Labour, but there is only one way it will ever change. And that is challenging the myths and breaking the political consensus.

And crucially, how much does it matter? Do people vote in a general election based on welfare policy? No. Emphatically no. In the YouGov tracker on the issues most important to voters, welfare doesn’t even figure. Even amongst UKIP voters, it is only the 4th most important issue behind the economy, immigration and Europe.

But does that mean we don’t challenge the Tories at all on welfare? Absolutely not. But it has to be done incredibly carefully and sensitively, with genuine knowledge of the issues.

People DON’T want people with disabilities to suffer. Poll after poll confirms this. Just 11% want to see disability benefits cut. Yet this government are cutting them by at least 20%. That’s 1 in every 5 people with profound disabilities losing everything.

But the most fruitful is Tory incompetence. Every single welfare “reform” is in chaos. Universal Credit, PIP, ESA, the Work Programme, the Bedroom Tax – it’s an absolute disaster and at least one of these will blow up spectacularly in the government’s face before 2015. Probably all of them. They have failed totally and utterly and all that has happened is the benefit bill has risen not fallen. As I describe in much more detail here we MUST take the fight to the Tories with passion and belief. They’ve failed and we have about 18 months left to show the public how badly.

Campaigners have shown repeatedly that public opinion is not set in stone. The Bedroom Tax seemed like a jolly good plan until we repeated endlessly that 400,000 of the 600,000 affected had disabilities, that there simply weren’t the homes to move to. PIP was going swimmingly until sick and disabled people pointed out that 4 x Glastonbury crowds would lose the support they relied on to leave their homes or get dressed and feed themselves. Suddenly the government delayed the bulk of the rollout until after 2015, terrified of endless media stories of quadriplegics and disabled children forced into starvation and isolation.

There are more misconceptions – that social media is not representative of “ordinary core voters”. As Liam Byrne found over the workfare debacle and many, many other faux pas, it is and it often matters greatly. Those that had begun to dare believe Labour could change, were horrified all over again. Delicate trust that had built was demolished and there are only so many times you can get it back.

Here’s another myth “People have lost faith in the welfare state. Therefore we need to talk tougher and means test as many things as we can. They don’t want people getting something for nothing”. This is completely wrong too. They may well have lost faith in the welfare state, but as we see around the world, the countries who get tougher and tougher and crack down hardest, lose more and more support for social security (see the US) The countries with the most generous welfare settlements (See Norway and Iceland) have the highest level of public support.

Means tested benefits are generally hated, universal benefits generally loved. So DLA which ISN’T means tested, is a very popular benefit, ESA which IS means tested is hated and considered to be where all the scroungers lurk. Pensions are universal and everyone adores them – no politician dares to cut them. Jobseekers allowance is means tested and everyone hates it, though anyone can lose their job at any time.

If you must talk about welfare never say welfare. Say “social security”. If you must talk about social security, talk about the horrors facing people with disabilities, or people desperately searching for work when there are no jobs. But most of all, never open your mouths without reminding the public of the latest Tory “welfare” failure. Over and over and over in a loop, so that there is no-one left who believes the Tories are really doing what they say they’re doing, but in fact are simply hurting YOUR Mum or YOUR Dad,  YOUR brother or child.

We have no choice. We have to get this right NOW. Not next month and certainly not next year. As I’m sure Liam Byrne will gladly confirm. If not, we will be torn apart by our own, already reticent to trust us and return to the ballot box in 2015. We will be torn apart by a Tory press who know we’ll never be Iain Duncan-Smith (Why oh why would we ever want to be???) and we’ll be torn apart by floating voters who don’t really give a damn what we say about “welfare” as long as they worry about putting food on the table, keeping a roof over their heads or getting the kids new school shoes.

And most of all it means realising that everything you thought you knew was wrong and you only have a few short weeks to get it right.

A longer version of this piece is published here.