A very interesting piece of polling came out yesterday – the first indication as to where Labour’s candidates for Mayor of London stand – carried out by YouGov for the Evening Standard.

Unlike previous mayoral selections which have been voted on by a combination of party members and affiliates, the next London Mayoral selection will be a primary.

What type of primary that is exactly (Labour voters or all voters? Phone voting? Postal? Ballot box?) will be a decision for the Collins Review – and one that will be closely observed and mulled over by the various different potential candidates. The form of primary that will be chosen is particularly important when considering how the candidates poll with the general public compared to how they poll with Labour supporters.

Here’s how the leading candidates ranked with the general public – and it’s great news for Eddie Izzard and Tessa Jowell: 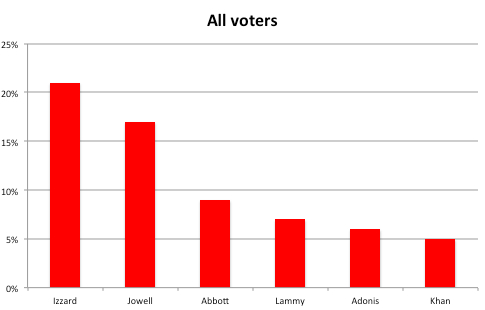 And here’s how those same candidates ranked with Labour members (note – the graph was incorrect in the original version of this post): 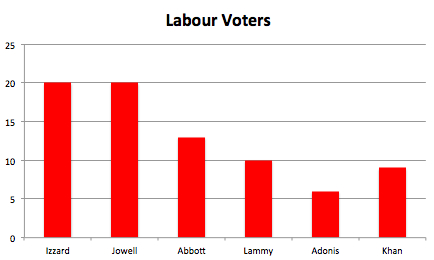 Now of course there are some important caveats:

That said, it’s an interesting snapshot of where the mayoral race is as we stand. Although don’t get too excited – the primary may not take place until after the General Election…