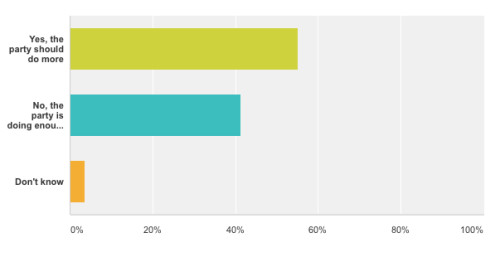 We also asked – with the party’s special conference less than three weeks away – how LabourList readers would vote on party reform come March 1st (if they had a vote). More than two thirds (67%) said they would vote in favour of Miliband’s reform plans, with 28% saying they would vote against – a split of just over 2-1 in favour of the Labour leadership: 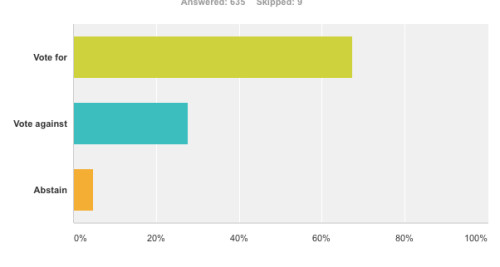 If this voting pattern were replicated on March 1st – along with the support of most affiliated unions – the party reform proposals would pass with relative comfort.