The European elections are looming and David Cameron says he wants to ‘renegotiate’ Britain’s deal with Brussels. We know what that means: social Europe. While he is happy for Europe to be a space for trade, he doesn’t want it as a space for progressive legislation enshrining our social rights as workers.

Not surprising, from the Prime Minister who has proudly presided over Britain’s sharp rise in poverty – now affecting those in work more that those out of work. Last week’s employment figures also showed a stark increase in self-employed workers – we know that those figures are the symptoms of a less secure, more short-term economy.

The reality, as Frances O’Grady put it recently, is that what Cameron and the right fail to understand – that ‘nearly all of Western Europe’s leaders see basic levels of social protection as integral to a single market’.

In the end, it all comes down to what kind of development, future and growth we envisage.

The world has changed so much, with emerging power-houses producing goods at a cheaper price; and technology progressively destroying thousands of middle class jobs all around the world. Surely, we cannot live in this world – and thrive in it – by paying workers less or by re-creating a Dickensian society. At least, we socialists don’t want that. The UK right seems, on the contrary, quite comfortable with the idea, and are doing their best to take us there.

Women, of course, are at the sharp end of this.

And while making it harder for women at every level – due to vital services being cut – the Prime Minister is sacrificing them even further to please his Eurosceptic fellow party members. Social Europe has been crucial to women – safeguarding basic rights, including maternity rights, and furthering equality in the labour market. All this, Cameron wants to abandon. 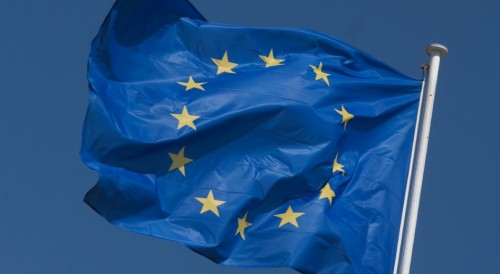 So today, let us mark International Women’s Day by talking about Europe. Let us remember how it has often been Brussels, rather than Westminster, pushing for equality, paid holidays, redundancy rights, equal pay and protection for part-time workers.

There is a lot at stake here and, as Labour has often pointed out, the risk is that Britain ends up sleep-walking out of Europe. Switzerland be a wakeup call for us all. In the aftermath of the recent referendum to limit EU migration, the Swiss have soon realised the dramatic consequences which that vote entailed. Only a few days later, thousands of Swiss students have lost the right to participate in the Erasmus Programme – not good news for younger generations. I expect that many in Switzerland who didn’t bother to campaign hard enough against the referendum, have a lot to regret now; starting with businesses and workers, now left facing the dramatic consequences on trade and the economy.

Today is the perfect day to remind ourselves and others that although Europe is certainly not perfect, there has to be more ‘social’ in it, not less.

We, women, will not accept being sacrificed at the altar of David Cameron’s needs simply to please his europhobes and manage his own party.

View all articles by Ivana Bartoletti