Posters have been popping up around Lancaster University’s campus recently, in support of Daniel Aldred, a candidate in next week’s Lancaster City Council by-election.

The by-election is taking place in University ward, an unusual ward that only covers student halls of residences – it’s an entirely student electorate. 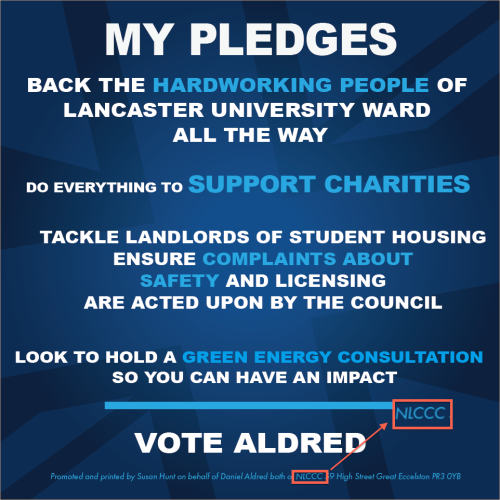 Sensibly then, the posters focus on student issues: student housing and a tough line against the now called-off marking boycott. But no mention is made of what political party he’s standing for, just that the posters are promoted and printed by “NLCCC” in the small print at the bottom. 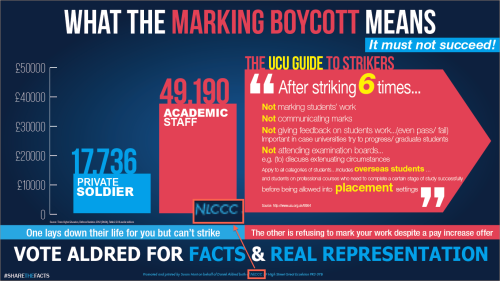 So who are the NLCCC? Why, they’re the Northern Lancashire Conservative Campaign Centre! And Daniel Aldred is… the Conservative Party candidate for University ward!

While those bar charts are better than some we’ve recently, we can’t help but wonder why the Tories won’t put their name anywhere on these posters.

Could they be worried that they might be a toxic brand to £9,000 a year fee paying students?