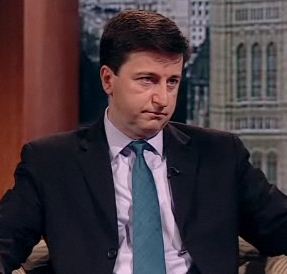 Douglas Alexander, Labour Shadow Foreign Secretary, has made another intervention on the Gaza conflict as the crisis in the Middle East continues to escalate. Alexander condemns the attack on a UN school in Gaza, describing the deaths of children there as “[shaming] our shared humanity”.

His latest comments seem to be aimed largely at lobbying Israel to stand down the level of the force, and to recognise that as a democracy with “vastly superior technological and military capabilities, comes particular responsibilities”. Read his full statement here:

“The killing of innocent children sheltering at the UN school in Gaza shames our shared humanity, and serves as a tragic reminder of the human suffering this conflict is causing hour by hour, and day by day.

“This latest appalling loss of life is yet another tragic example of the death and destruction that has resulted from the escalation of this conflict.

“The killing of Palestinian civilians on a daily basis will result not only in more grief and more funerals, but in time, risks greater international isolation for Israel and more recruitment by terrorist organisations like Hamas.

“Of course the rocketing of civilians in Israel cannot be justified and Israel has a right to defend itself. But for Israel, a democratic state with vastly superior technological and military capabilities, comes particular responsibilities.

“The urgent priority is an immediate ceasefire, but more now needs to be done also to allow immediate access for basic medical and humanitarian assistance to the people of Gaza.

“The logic of terror and deterrence defy each other, so the bloodshed must stop, the blockade must be lifted and the occupation must end.

“European leaders cannot be passive in the face of this suffering. It is now urgent that Europe’s voice is heard, and that it works together with the United States and the United Nations to resolve this crisis.”