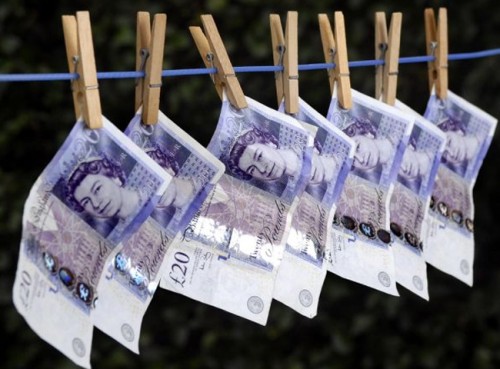 After four years of massive cuts, 2015 is the year when council finances will start to fall off a cliff.

Local government has borne the brunt of the cuts to public spending since 2010. My Council, Islington, typical of authorities in urban areas across the country, has lost 35% of its budget over the last four years. That’s a staggering £112 million.

What is remarkable is that this kind of innovation is common across local government. Labour councils across the country are leading the way in showing how we can build a fairer Britain without breaking the bank.

But all of this work is threatened by the next round of cuts to councils. Under the Tory-led Government’s spending plans we are set to lose another third of our budget over the next four years.

Continuing to cut major councils this harshly will lead to chaos. Councils spend the vast majority of their resources on care for older people and children with disabilities, as well as on basic services like street sweeping and bin collections. After four years of big cuts I don’t know of a council that has much fat left to cut before core services become hard to deliver beyond what is legally required.

Labour’s current policy is to keep the Tories’ spending limits for local government but to redistribute the money towards the councils that have been cut the most. This will secure a few million more a year for councils like mine; welcome but nowhere near enough to stave off damaging cuts to services. It was telling that the National Policy Forum held last weekend agreed a range of excellent policies for local government, but was silent on the crucial question of money.

Put simply, Labour has to recognise that councils cannot survive the kind of cuts that are planned for the next few years and we need to definitively break away from the Tories’ spending proposals. Unless we do, some high profile councils will go bust.

The councillors I speak to aren’t unrealistic – we know spending won’t be returning to 2010 levels. There is zero appetite for a return to 1980’s gesture politics around illegal budgets. We’ve become used to managing services on eye wateringly tight budgets. But – and this is important – we don’t accept that under Labour things have to keep getting worse.

As the backbone of the party, Labour’s 7,000 plus councilors have every right to make this ask. We make the second biggest financial contribution to national party funding through our subs and, in addition, fund a national network of local organisers that many CLPs rely on. Councillors tend to be the activists that keep local parties alive. In an era where grassroots campaigning is more and more important we are crucial to the party’s electoral chances.

As champions of our local communities, councillors are duty-bound to make the strongest case for the people we represent. But we need strong voices to make sure the priorities of Labour in local government are heard by the central party. Jim McMahon as the new leader of the LGA Labour Group has already made a strong start on this front, and is telling everyone who will listen about the innovation Labour councils are driving.

Recognition of the work Labour councils do, respect for the thousands of councillors who are the back-bone of our party and understanding that cutting local services even further will be deeply damaging is what we need from the Labour Party leadership. I know my friend and colleague Cllr Alice Perry is fighting hard for this through the National Policy Forum and as a candidate for the NEC as an ALC representative. Together with others in local government, Alice has the ability and values to make a difference.

Labour’s first budget needs to protect local services, devolve more power to local councils and ensure a fairer funding formula, so Labour councils hit by Tory cuts will be better off. That way we can truly say that Labour in government will make a difference for local communities.

Councillor Richard Watts is Executive Member for Children on Islington Council and former head of the Children's Food Campaign, a coalition of 300 organisations that come together to improve children's diets.