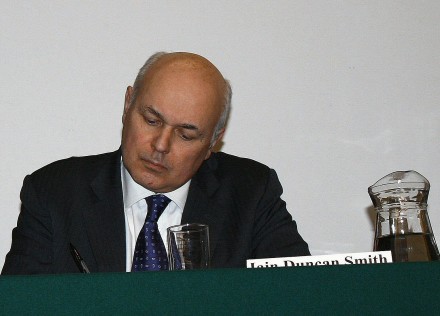 Iain Duncan Smith, the Work and Pensions Minister, has called into question the accuracy of figures released by his own department that show the Bedroom Tax disproportionately affects people with disabilities. According to the Department for Work and Pensions Impact Assessment, 63% of those affected by the Bedroom Tax suffer from a disability. However, when this point was raised on LBC radio, Duncan Smith seemed to suggest the figure could not be trusted because they are based on “self-declaration”.

Duncan Smith said: “The figures you use are figures used for people’s self-declaration of their disability under the Disability Discrimination Act”,although did not mention that they came from an official DWP report.

The minister then attempted to clarify that he wasn’t suggesting that people were lying about their disabilities, which makes it unclear why he brought the distinction up at all:

“I’m not saying they’re right or they’re wrong. I simply say that’s their declaration. There’s no ongoing check. About a third are in receipt of something like DLA, which of itself is a payment to support housing costs.”

In the interview he also said he was “a little surprised” to learn that the Lib Dems will now stand on a platform opposing the Bedroom Tax in 2015:

“We were fully engaged in this one for three years, and I didn’t hear anything from them in that time, so I was a little surprised to hear them say they had apparently discovered the secret to this programme, when we had discussed it in depth and detail.”