The article entitled, “Should Labour offer a referendum on the EU,” provides a comprehensive and detailed set of arguments against offering a referendum on the United Kingdom’s membership of the EU.  They are strategic arguments and initially one can fully understand the rationale behind them – allowing the Eurosceptic vote to split, gaining the support of business and picking up disaffected Liberal Democrat voters. However, there are some fundamental weaknesses in Younespour’s arguments. 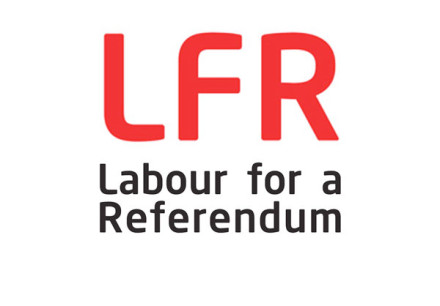 Dismissing UKIP is a crucial error. Whether we like it or not, UKIP are now a national party and they are potentially going to make gains in Parliament in 2015. UKIP are not only taking votes from the Tories; a consensus is now emerging that in parts of the country, UKIP are damaging Labour. One needs only to look at the local elections this year and last year to see that Labour lost votes and more important seats to UKIP. Our battlegrounds of South Thanet, Thurrock, Great Yarmouth are at risk from UKIP and if we simply dismiss them as Younespour does, we do so at our peril. Labour must develop a narrative and a strategy that brings those core Labour voters who have switched to UKIP,  back to Labour.

A Bill, proposed by Conservative MP Bob Neill, is currently going through Parliament – it would introduce legislation for an EU Referendum in 2017.  It is likely that this Bill will become law before the 2015 general election.  This will mean that whoever forms the next government there will be a referendum in 2017. If the Bill is passed before May next year Labour would need to either support the referendum or introduce legislation repealing the Act. This move would certainly be very unpopular and would provide ammunition from a hostile press and would act as catalyst for quickly unifying a defeated Tory Party in opposition. Do we want to make it that easy for them if we win next year?

Under Ed Miliband, Labour has advocated reform of the European Union institutions and the functioning of the European Union. Ed Miliband has positioned himself in favour of the idea of an In/Out Referendum. Reform of the EU will require Treaty Change and as Labour’s policy stands a present that will require an In/Out Referendum.  If we are to achieve reform in Europe then that reform must have the support of the British people. A referendum would also demonstrate that a Labour government is serious about reform in Europe that works for the UK. Reform in Europe should take place under a Labour government and that can only be achieved if we hold a referendum.

A growing number of MP’s, Councillors, Members and Unions now believe that Labour should commit to holding a Referendum on the United Kingdom’s membership of the European Union. Many of whom would campaign to stay in the EU with a reforming agenda. It is not Eurosceptic to support a Referendum; it is however politically dangerous to appear as though we do not trust the British people to make a decision when our opponents do. The polls are narrowing as we move closer to the election, and in those marginal constituencies a referendum pledge could attract that handful of voters that will make all the difference between having a Labour government or not.

Brendan Chilton is chief executive of Labour Future and a councillor in Ashford.

View all articles by Brendan Chilton