Whatever happens tomorrow, things have changed. If the United Kingdom endures, and I hope it does, relations between our nations will be recast. We are not one people. We will be forced to recognise what we were all along, as Gordon Brown argued in 1998: a union of nations each with its own history, politics and identity.

North of the border, the referendum will be followed by an extension of self-government, however the vote goes. Here in England, Labour faces a choice. We can carry on with business as usual, sticking to our line about a political elite who no-one trusts ‘delivering’ better living standards –- and steadily lose the argument. Or, we can lead a serious argument about what it means to live in England. We can connect with the idiom of William Morris, George Orwell and E.P. Thompson, and kick off a debate that radically transforms the distribution of power south of the border. 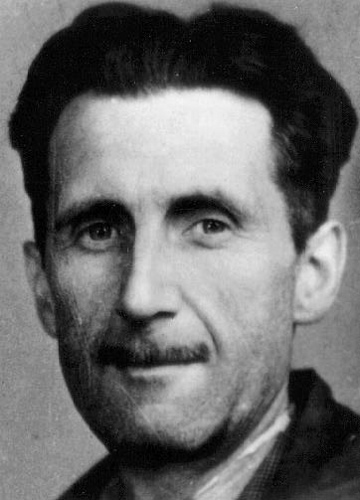 Too many in the Labour party are afraid to talk about England. Despite the arguments of John Denham, Jon Cruddas, Billy Bragg and countless others, too many wrongly think the E-word takes us straight to Enoch Powell and racism. Behind these fears is the lingering belief the England are a peculiarly conservative people, obsessed by social hierarchy, strangely happy to submit themselves to the tyranny of elite power, always only one step away from racial discrimination. We are none of these things. But instead of talking about England, politicians protect themselves by vaguely evoking a shared sense of Britishness, and then listing things (toleration, decency) which every society values. England is reactionary whilst Britain is progressive, they imagine.

The argument is wrong on two counts. Firstly, it gets the history of the United Kingdom badly wrong. The union was a conservative Scottish invention. It was created when the elites of Edinburgh and Glasgow imagined they’d be more prosperous if they threw their lot in with their bigger neighbour, so Scotland could take part in the quickly burgeoning English (now British) empire. A hundred years later ‘Britishness’ was an identity actively propagated to bind soldiers from the four nations (Ireland now too) into an army able to fight Tory wars of imperial expansion. Since then, Britain has became something more, a rich emotional connection connecting ordinary people, creating institutions to defend the livelihoods of working people in a cross-border Labour movement for example. The United Kingdom had a few radical democratic moments. But, there is no genuinely radical British political tradition. At its core, Britishness remains a way of talking about attachment to distant imperial state power.

Secondly, it fails to see how sharply contested the idea of England is. There is an England of patrician hierarchy, rural stasis and Tory maids cycling to church in the mist. There is an England which tries to assert ethnic homogeneity, of course. But – and this is the point – there’s also powerful English story that can challenge both these narratives. That story is about the long struggle of working people to organise against monopolies of power. For the artisans and labourers, weavers and preachers whose self-assertion E.P. Thompson traces in The Making of the English Working Class, ‘Britain’ was the source of military power and repressive legislation, ‘England’ the origin of long-suppressed ancient liberties, about the possibility of radical democracy not elite dominations. The levellers, the Chartists, the Tolpuddle martyrs, the guild socialists, all spoke an inclusive but distinctively English language of democratic radicalism. It was based not on race, but a shared political culture forged from common aspirations. It could incorporate Irish and Scottish immigrants in the past, and should embrace Asian, African, Polish workers now. This version of English history isn’t the kind of idiotic attempt to celebrate the doomed effort to impose British values overseas Tories like Daniel Hannan wrongly champion. It’s mindful of the tragic moments in our past – and the embrace of the conquering violence of empire is one of them. But it is proud, nonetheless, of its achievements.

This is a political tradition which speaks in what the historian E.P. Thompson called an ‘English idiom’ – and that idiom still resonates. At its core is a strenuous opposition to absolutism, a strong resistance to being pushed around. It is an idiom that is sceptical of abstraction and universal categories, always wanting to emphasise the concrete, the particular, the specific. The English idiom is irreverent, experimental, empirical, argumentative. Perhaps most importantly, as Michael Kenny puts it, it is ‘locally rooted but also capable of profound universal insights’. It is localist by nature, but not exclusive or isolationist. It believes every people should be able to govern themselves. It is this idiom which drove England’s left in their early twentieth century support, for example, for anti-colonial nationalism in India and Africa.

Understood in this idiom, England is not a nation amenable to abstract definition. The English idiom shouldn’t be mistaken for a rigid ‘identity’. Our country is a collection of different cities and counties, real places that endure through time and have their own historical trajectory and common life. Its diversity (and here being English is no different from being German or Indian) is a source of energy and pride.

Its time Labour started to speak English again. That doesn’t mean draping ourselves in the St George’s flag, or supporting an English parliament. It does mean leading a debate about how the English can govern themselves. Labour needs to reconnect with England’s radical political traditions by seriously thinking about how to disperse authority and create new ways of holding our out of touch institutions to account.

To do that, soon after the Scottish referendum, Labour needs to call for an English political convention. The convention would be a moment when people from different institutions, regions, interests and communities gather to debate the distribution of power in this country. It needs to debate questions like whether there should be an English parliament, what the powers of regions and towns and cities should be; by whom and how our public and private institutions should be held to account: whether to require companies to have workers on their boards, for example. It should be popular and democratic, with politicians facilitating discussion not deciding the outcome. It would, then, agree proposals put to a vote in a referendum.

Sometimes it looks as if Labour has given up on England. We’ve done that because we’ve forgotten England’s radical past and are fearful of its present. We have handed ownership of English politics to Nigel Farage and Boris Johnson, two men who twist an English political idiom to let it speak on behalf of financial services and big corporate capital. But recovering the language of English politics is the best way we have of challenging concentrations of power, and giving the people of this country their sense of dignity back.

Jon Wilson is a professor of modern history at King's College London.