This week, I was accused by a Tory politician of using language from the 1960s when I – and other Labour colleagues on the London Fire Authority – used the term ‘lockout’. This was in relation to proposals in a paper we were legally ‘directed’ by Boris Johnson to discuss which recommended stopping payment for partial performance by striking firefighters. Yesterday we voted against the recommendation. We are waiting to see how the Mayor responds to what he will undoubtedly be inclined to see as an act of defiance by a fire authority he is trying very hard to neuter by asking the government to allow him to pack it with Mayoral appointees. 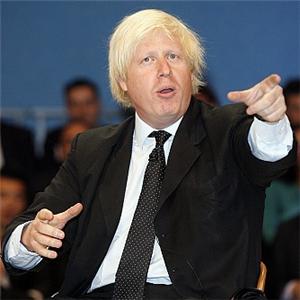 Most of the firefighter strikes in the year-long pension dispute have lasted just a few hours. If we had accepted the proposals, as we believe the Mayor of London wanted, firefighters would have lost pay for the part of the shift that they were prepared to work as well as the part they were on strike. This being the case, the strike would almost inevitably escalate leaving Londoners without full cover for extended periods of time and risking the recall to duty agreements for major incidents.

The Mayor’s intervention in to the year-long national fire pension dispute could potentially have disastrous effects. It is effectively playing politics with public safety. A lockout would both increase the risk to Londoners during strike periods and put the current negotiations in jeopardy. As Paul Embery, Regional Secretary of the FBU, said: ‘A lockout in London would have thrown a hand grenade in to the national dispute on pensions at a time when negotiations are at a delicate stage’.

Other fire authorities in Buckinghamshire, Surrey and Essex have attempted lockouts during the current dispute only to back down in the face of public pressure.

Proposing that you lock workers out feels like a tactic that should belong to the past but this isn’t an isolated incident. Earlier in the summer, the pathology team at Northampton Hospital were locked out for working to rule. Cleaners on the Underground were also threatened with being locked out over a dispute in relation to new booking-in procedures.

In Boris Johnson’s case, the proposals show him to be a bully. His position on trade unions is similar to many of his Tory colleagues in parliament. He doesn’t like them and wants to limit the rights of members of trade unions to organise. He is also trying to demonstrate his Thatcherite mettle and prove that he can take on trade unions as part of his planned progression towards higher office.

We should remember that this is the man who was elected to one of the most high profile positions in the country on a 38.1% turnout. Boris Johnson sees nothing ironic in sharing the belief of his Conservative colleagues that strike ballots should have a 50% minimum turnout. If the Tories win the next election, we can expect rapid moves towards implementation of this. Following today’s attack by the Chancellor on trade unions and charities, echoing Thatcher’s ‘enemy of the people rhetoric, we should be clear that other regressive measures on industrial relations will follow as highlighted by TUC General Secretary, Frances O’Grady in advance of the TUC Conference last month. In relation to the fire service, the right to strike itself is likely to be attacked following the current ‘independent’ review of terms and conditions in the fire service which has a section in its consultation document that goes beyond the official remit of the review and is blatantly anti-union.

The Conservatives don’t understand how desperate people generally are before they take strike action. It is always a last resort. The government is wilfully in denial as to why workers are striking over low pay – from the Ritzy cinema workers in Brixton to midwives taking strike action for the first time, the truth is many people have had enough and are being pushed to take industrial action by the government’s failure to deliver for millions of people in this country. You cannot start by saying we are all in it together and then act surprised when people want a share of the recovery and take strike action or take to the streets as thousands will later this month at the TUC’s Britain needs a pay rise demonstration on 18 October.

On one level the Tories just don’t get it but they quite probably – like Boris – also see the current wave of strikes as a way of garnering support as Mrs Thatcher did in 1979. The challenge for all of us who want to see things change in favour of the low paid is keeping the wider public on board but the sheer numbers of people locked out of the recovery make this likely to happen. The challenge for Labour is making sure that our message reflects the fact that – unlike the Tories – we value public sector workers and will tackle low pay as a matter of urgency.