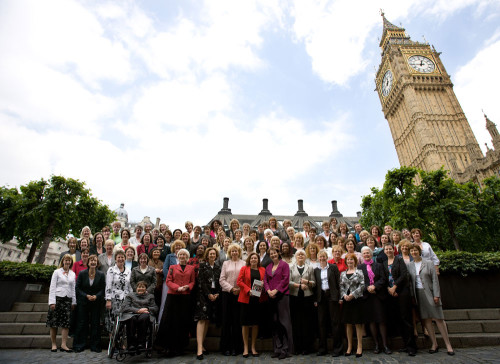 Labour Women’s Network (LWN) are holding our Christmas Drinks event tonight. It is open to everyone and we do hope you will all come. (for those of you who find it hard to get to London, we will be holding events around the country including our annual Manchester based political day in the New Year).

These drinks are always a great occasion. A wonderful opportunity to meet inspiring women from the Shadow Cabinet, the Parliamentary Labour Party and beyond and for all of us to celebrate another year of the achievements of brilliant Labour women.

But these achievements are not enough – as every woman in that room will recognise. If there has been one key theme of Ed Miliband’s leadership of the Labour Party it has been a focus on the evils of inequality. Those with less suffer more under Tory governments, and we have seen that writ large over the last 5 years. We also know that when there are not enough women’s voices heard in Parliament, women suffer disproportionately from the actions taken by Parliament. So it has proved once again.

So this year, the drinks will have an added dimension, as they will see the official launch of our new PowerPledge.

LWN have always known that words are not enough, it is action that counts. That’s why we have been so vociferous in our support of All Women Shortlists. They are the action that separates us from the warm words and cold disappointment of women in the other major parties. They are the reason we lead on gender equality and they will get us to gender parity.

So this pledge is not a vague statement of intent. It is a list of actions that signatories publicly sign up to (and be in no doubt that the women of LWN will be holding signatories to their promises).

Included to the pledge is a commitment to AWS, but also to parity of representation in the Shadow Cabinet and throughout local government. It includes a promise not to appear on or organise all male panels (and if you’re stuck for a female speaker you could do a lot worse than consult the LWN Speakers panel – and if you’re a great Labour woman with something to say – make sure you sign up too!).

Importantly, LWN recognise that institutional sexism goes beyond Party and runs through society. So part of the pledge is about protecting our female members and staff and ensuring the Labour Party is a safe space, free from harassment and harm. Something we all must remain vigilant about.

We also recognise that gender inequality is not the only way some women in society are discriminated against. We seek to recognise and act on the specific barriers that prevent BAME, Disabled, LBT and working class women from accessing power.

I hope to see as many of you as possible at the event tonight. I hope to see even more of you sign up to the pledge. Why not make it your early New Year’s resolution?