Lord Neil Kinnock has waded into the debate over Labour’s policy offer ahead of the general election and called for an end to internal fights within the party. 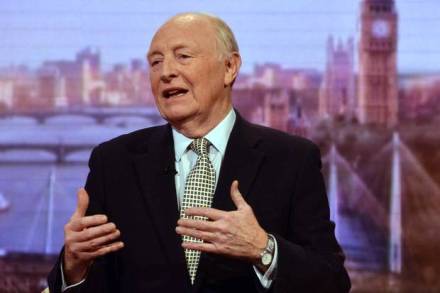 He said was reluctant to enter into the current conversation but following interventions from people such as Tony Blair and Alan Milburn, Kinnock said their criticisms of Labour’s current strategy were ““so great that it requires a response”.

This comes after Milburn along with John Hutton openly criticised Labour’s policy on the NHS. Kinnock said he’d heard from certain Labour figures “to the effect of asking, ‘doesn’t he [Alan Milburn] know we’ve got an election on?’ — in much the same spirit as people used to say, ‘don’t they know there’s a war on’?”

Kinnock went on to offer his support to Miliband, saying that personal attacks from opponents were not the central issue, noting “Certainly, it’s not a problem by comparison with sniping from behind. That’s a distraction.” He also said that the likes of Milburn and Hutton want to go back to the “day before yesterday.”

He offered his support for Labour’s current policies, explaining

“The NHS is a vital issue, no one should evade that. It’s an issue of major concern to the public, and so it is essential that political parties set out their critique and their alternatives. The Labour front bench has certainly done that. However, [Miliband] hasn’t evaded the huge question of the housing crisis, he hasn’t avoided the need to impose additional taxation on those with the broadest backs and despite some criticism from within the party, which I think ill-founded.”

Kinnock, who faced a barrage of attacks when he was leader of the Labour party (1983-1992) and led the party into four consecutive general elections, went on to outline why attacks against Miliband could continue to rise in number:

“It will probably be even worse [than 1992], because Ed is within touching distance. When people meet him, when they really assess him, then he always gains support. That’s how he won the leadership. He took on [Rupert] Murdoch, he took on the [Daily]Mail, he’s taken on the banks, he’s taken on the big energy companies. Not because he wants to pick a fight, but because he knows right from wrong. That is the kind of character that we want on the bridge in what are going to be stormy times for our country.”