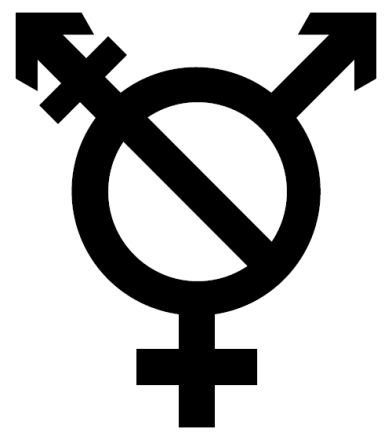 Trans people and trans rights throughout recent history have seen their identity ignored, their legal rights abused and ignorance regarding trans people and harmful slurs about them allowed to proliferate amongst society.

However, with the tragic death of Leelah Alcorn and wonderful trans* people such as Laverne Cox becoming well known in the society, now is the time of recognition and awareness that trans people and their rights are important too.

That’s why I believe as a party, who I know truly believes in equal rights, especially for the most vulnerable in society, we will desire to change that and to achieve equal rights for trans* people, just like cis people.

Secondly, we need to support more funding for Gender Identity Clinics across the country. GICs are suffering increasing demand due to more awareness and recognition of being transgender and waiting times are increasing beyond the 18 week waiting limit. Just like we’re focusing on saving the NHS, we need to focus on increasing support for trans specific health care.

In addition, the Welsh Labour Government needs to support having a GIC in Wales. So far, they’ve rejected it due to “little demand”. That’s completely the wrong attitude to take in dealing with trans people and their health care. If you deny trans people their need for health care, then they will increase their use of alcohol, they will increase their use of self-harm, and as the tragic suicide of Leelah Alcorn showed, they’ll be pushed to committing suicide. Therefore, making sure waiting times for trans people goes down is not just important, but it’s also life and death for trans people.

Thirdly, if we win power in this year’s General Election, we need to focus more on trans equality across Europe and the world. For instance, Ed Miliband has promised to have a gay rights envoy to tackle discrimination against gay people in the world.  That’s fantastic. However, why can’t we have a trans* envoy to tackle discrimination against trans* people, too?

Fourthly, the Labour Party need to achieve equality for trans* people in law. At the moment, this is not the case. In the 2010 Equality Act, it only mentions “transsexuals” who are actually transitioning. This would cover me, for instance. However, it does not cover trans people who are not transitioning for various reasons. And it doesn’t cover non-binary people. We need to amend the 2010 Equality Act to secure an end to discrimination for all gender identity and gender expression.  More awareness alongside ending discrimination is important too. For instance, we need to include gender identity in the education curriculum.

From my own perspective as a Labour Party member, being trans is incredibly difficult as it is. Let alone when society, your family, the NHS, your school and your Government either doesn’t care about you, will deny your identity, or will delay or intentionally make it difficult for yourself to receive health care. That’s why we need to change that by increasing funding for trans* specific health care, recognising it in the education curriculum, including all gender identity and gender expression in the fight against discrimination at all levels and focusing on the T, just as much as we focus on the LGB. We’re the party of equality, so let’s lead that fight after May 2015.

View all articles by Lily Summers