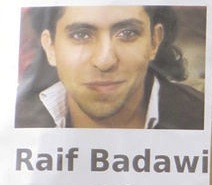 Nothing says more about the blindness of UK foreign policy than our secret ‘special relationship’ with Saudi Arabia. Not only does the Kingdom contradict all our stated values, it has undermined our international and counter-terrorism objectives over decades. And yet we keep hugging it closer.

When Ed Miliband eventually outlines his broader approach to foreign policy, he has no choice but to grasp the nettle on how our approach to the Middle East is a mess, and how this makes us more unsafe in the UK. The House of Saud is at the epicentre of that problem and the case of Raif Badawi illustrates this starkly.

Badawi, the 31 year old father of three girls, is expected to be flogged 50 times in front of the public this Friday. But that barely covers the full extent of his punishment. For running a website called ‘Free Saudi Liberals’, espousing liberal and secular values, and pointing out the hypocrisies of the religious police, he was sentenced to 10 years in prison and 1000 lashes. He may not survive until the end of his ordeal.

So why should we care? This isn’t just about expressing solidarity and raising awareness of his torture for the sake of his family – important as that is – it is also about our complicity.

Saudi Arabia isn’t just another country – it is our most important ally in the Middle East. In 2007 Tony Blair stopped a fraud investigation into a multibillion-pound arms deal between BAE Systems and Saudi Arabia. Blair pressured Lord Goldsmith, his attorney-general, to end the investigation because the Saudis threatened to pull out a deal to buy 72 Eurofighter jets from BAE. More worryingly, they also threatened to make it easier for terrorists to attack London.

Despite that, we only hug them closer as their money buys our silence. Saudi Arabia is by far the biggest customer of British weapons. Arms export licenses to the country have totalled £3.8 billion since David Cameron has been Prime Minister, according to CAAT. £1.7 billion worth of licences were issued just last year. Astonishingly, they also pay for an entire division of civil servants and military personnel at the Ministry of Defence. And we barely ask what is done with those weapons.

But the lashing of Raif Badawi also exposes something much deeper – our contradictory attitude towards al-Qaeda extremism. The Kingdom of Saudi Arabia has long been the most aggressive preacher of extremist Islam, and of exporting that ideology around the world. They gave birth to the virus that is currently spreading across the Middle East and parts of Europe, and yet we avert our eyes from their influence.

Earlier this week, a Pakistani minister accused the Saudis of “creating instability” across the Muslim world, including Pakistan, by throwing money at promoting their hardline ideology. He isn’t alone – British Muslims too have repeatedly warned that Saudi influence in the UK was driving the rise in extremism.

Instead of criticising the Saudi government for its treatment of liberals, secularists, gays, women and minorities, we barely raise a peep. The best that the foreign secretary could say in response to Badawi’s punishment was that he “deplored” it, but preferred to “message them privately” over issues. How many other countries get similar confidential treatment? Our approach to the Saudis only emboldens other countries who commit human rights offences.

The Kingdom of Saudi Arabia should be treated like a pariah state. Its ideology is antithetical to everything we stand for, and its money makes us complicit with our silence. We cannot have a credible foreign policy in the Middle East when their influence (and private money) supports ISIS and al-Qaeda.

Ed Miliband has yet to outline his foreign policy objectives and ideas in a broad speech. Part of that approach must involve a reevaluation of the UK’s approach to the Middle East. Remember the long-promised “ethical foreign policy”? It’s time we made a start on that and treated Saudi Arabia with the contempt it deserves.

A shorter version of this is going to be broadcast on BBC Daily Politics today around 12:45pm

Sunny Hundal is editor of Liberal Conspiracy. He tweets here.